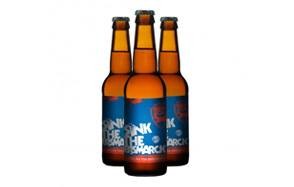 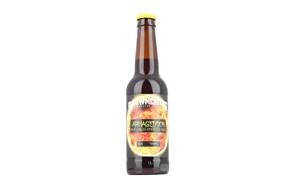 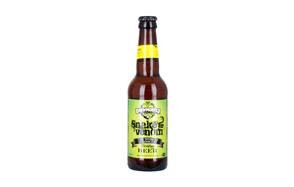 Your guide to this review today is by product expert Jordan Carter
Published 12:03 pm
Contents

Hang tight now, this is the review that you’ve all been waiting for! We’re about to reveal the world’s strongest beers. Oh yes, with this lively little selection your less likely to be crying “beers, beers we want more beers” and more likely to be dribbling on yourself blissfully drunk in the corner. Especially if you’ve just taken our word as gospel and gone out and sampled all 10 brews to see if we really are telling the truth, the whole truth and nothing but the truth! So grab your pint glass or Beer Koozie (or perhaps make that a thimble) and head into your man-cave as we reveal the sensational stouts, ales, lagers and beers that will have you, quite frankly, steaming!

Get ready to have your battleship well and truly sunk with this IPA from the legendary London brewery that is Brewdog. Sink the Bismark! is strong – super strong. 41% ABV staggeringly (which is what you’ll be doing) strong! Taking absolutely no prisoners this is a craft beer that delivers a real spicy punch to the taste buds which has been kettle hopped, dry hopped and then finished off with a gold old freeze hop just for good measure. What it contains is four times the hops, four times the bitterness and quadruple the potent power! Savour the exceptional taste and flavour and be sure to drink responsibly with this one. You can put that pint glass away, drink the Bismark instead in a smaller spritz sized serving.

Even the name conjures up scenes of pure imbued joy and abandonment and with 28% ABV (yes that’s not a typo!) Utopia might just about be where you end up after downing this latest craft beer release from the renowned barrels of Samuel Adams. It’s purely a limited edition brew featuring a carefully crafted blend of their finest hop varieties including Spalt Spalter, Hallertau, Mittelfueh and Teetan Tettanger. With a sensational ruby back coloured hue and special appearance from maple syrup this is rich, bold and malty whilst at the same time has a subtle sweetness not dissimilar to that of a full and fine vintage Port. With only 68 casks created and just 13,000 bottles available nationwide you either need to be an employee or quick off the mark to get your hands on the legendary brew that is Utopia. Combining the best of brewing ingenuity with exceptional hop ingredients this really is strong beer that deserves to be savoured.

Yup, nuclear by name, really nuclear by nature! We’re talking 32% ABV nuclear. Surely no penguin could escape the fall-out of drinking one of these by mistake instead of their usual polar ice cap tipple! You on the other hand are 100% man and you can handle anything! Even BrewDog’s most audacious and bodacious beer to date. We are talking record breaking levels when it comes to the coveted title of Word’s Strongest Beer. The question is, are you strong enough to give it a try? What can we say, Tactical Nuclear Penguin is innovative and what some might call progressive even. It’s rebellious and robust, an uncompromising and complicated brew that, rather like a penguin, has been subjected to gruelling temperature extremes. Starting out life as a 10% stout, then aged for 8 moths in a whisky cask before another 8 moths in an Islay cask this is Brewdog’s first attempt at a double casked aged beer. In case you didn’t register first time, what you end up with is a 32% ABV beer which is full of rich intensity, flavour and of course, alcohol!

Schorschbrau 57% is strong and it’s in short supply too. A very exclusive run of these Limited edition beers is produced with each one presented in a ceramic bottle, sealed by hand, numbered and signed by the master brewer. With 57% ABV, this still holds the title of one of the very strongest beers currently available in the world today.

You’ll be wishing and hoping for an Armageddon to save you from this beer with its whopping 65% ABV. Standing proud as one of the world’s strongest beers it is going to well and truly knock your socks off! Don’t let the alcohol percentage scare you off. This ain’t no paint stripper either. Armageddon Eisbock Beer actually has lots of flavour with plenty of hops, crystal malt, Scottish oats and 100% Scottish spring water. Originated in, you guessed it, Scotland, much like their other notable contribution to the alcohol world, whisky, it should be sipped from a cut glass crystal tumbler like the sophisticated connoisseur that you are. OK, so maybe it doesn’t need to be cut glass crystal but you get the picture. Savour this beer, don’t swig it.

Oh yes, Brewmeister: Snake Venom is deadly guys. Better have the antidote on stand-by. It’s 67.5% ABV and a gorgeous amber red coloured beer that again needs to be savoured, not sunk. You know that a beer is going to be something exceptional when the purchase of it is limited to strictly one bottle per customer only! Snake Venom even comes with its own letter of authenticity, just in case you were at all concerned that you had the genuine article. It’s what is known as a fortified beer and whilst it does have the characteristic smoothness of a beer, there’s no bubbles here as the higher than average ABV literally knocks the bubbles out of the bubbles!

Don’t worry, you’ve not fallen under a wicked curse, damned for all eternity. You might however be just a tad inebriated. With its origins in Belgium where many a heralded strong beer has sprung from, Struise: Black Damnation is a series of twelve beers all of which must contain at least 50% of one particular beer, the Black Albert. The beers then take on a life of their own, being aged over the likes of bourbon, whisky and rum then adding extras such as peaches, coffee beans and even blackberries to create an altogether original and ingenious series of strong beers.

Baladin: Espirit de Noel beer, originating in Italy, has 40% ABV and is best served chilled at between 10/12 degrees for optimum taste and enjoyment. Conjuring up indeed the “Spirit of Christmas” it’s a beautiful mellow yellow colour that has a rich and smooth taste reminiscent of chocolate and notes of wood. They market it as an elegant drink so make sure you enjoy this unusual beer in refined and sophisticated company. If you can find any! Distilled back in 2011, it has been left to mature in oak barrels, ready for your drinking pleasure.

9
Brewdog: The End of History

Let’s hope that this isn’t the beer to put a nail in your coffin! We’re back with the master brewing hounds again at Brewdog breweries with what they tout as being not only the world’s strongest, but also the accolade of most expensive beer, ever! Bad news though champs, looks like The End of History might well be SOLD OUT! Wondering where the name originates from? Apparently it’s a famous work by philosopher Francis Fukuyama who famously wrote about the evolution of the political system and I supposed what we have here with this beer, is the evolution of the brewing industry. Taking our pre conceived notions of beer and brewing and pushing the envelope to extremes, creating a whole new breed. What it is is a blond Belgian beer in case you were wondering. Infused with junipers and nettles from the Scottish Highlands. Truly limited in its quantity and therefore adding to its collectability, only 12 bottles were made, each coming with their own certificate of authenticity and another very extreme and somewhat way of presenting the bottle itself. I’ll leave you to google that one for yourself.

Formerly owning the title of the world’s strongest beer but now having been well and truly trumped, this Schorschbrau contains 43% ABV and is served in .33 litre ceramic bottle which has been hand numbered and signed by the master brewer at Schorchbrau. It comes presented in its own wooden box, with viewing window and has been wax sealed by hand, adding to its sense of occasion and grandeur. With only 250 bottles produced each year, be lucky enough to receive one of these as a gift and you know that you are a good friend/father/lover/fighter (whatever it is that you personally excel at being), indeed.