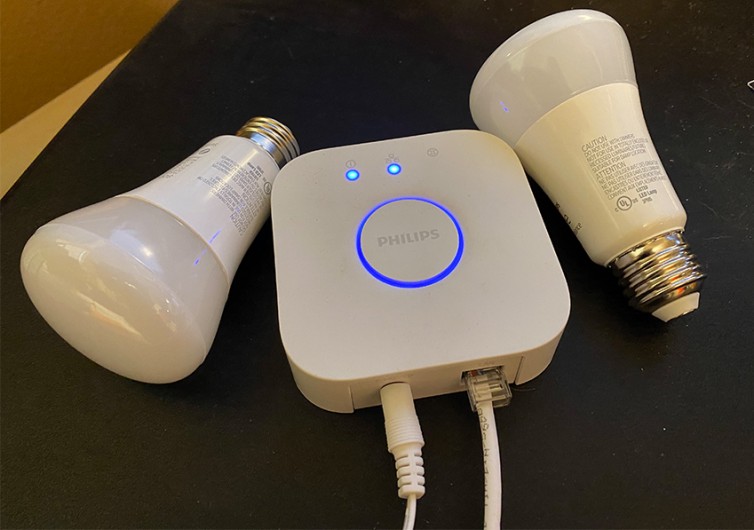 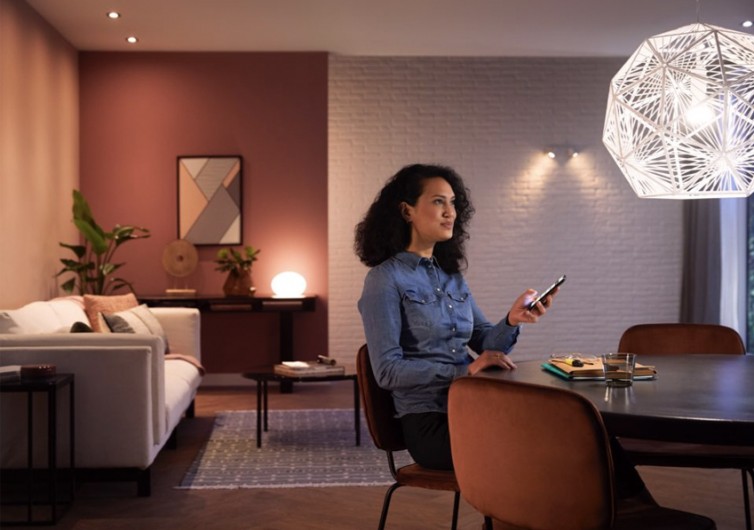 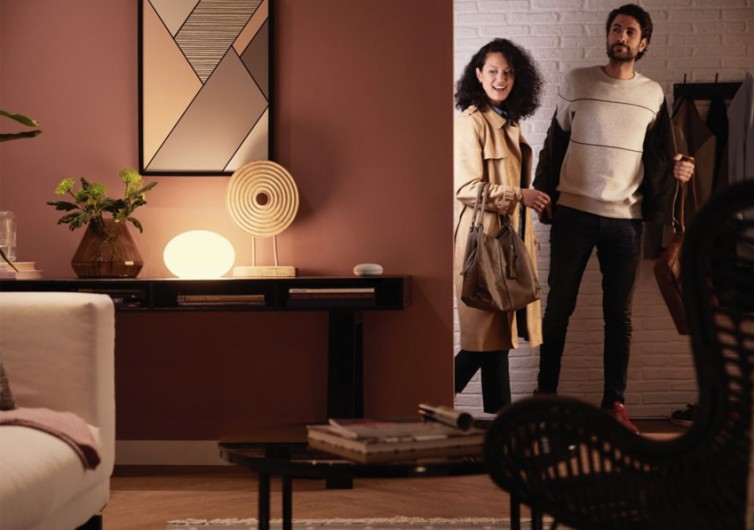 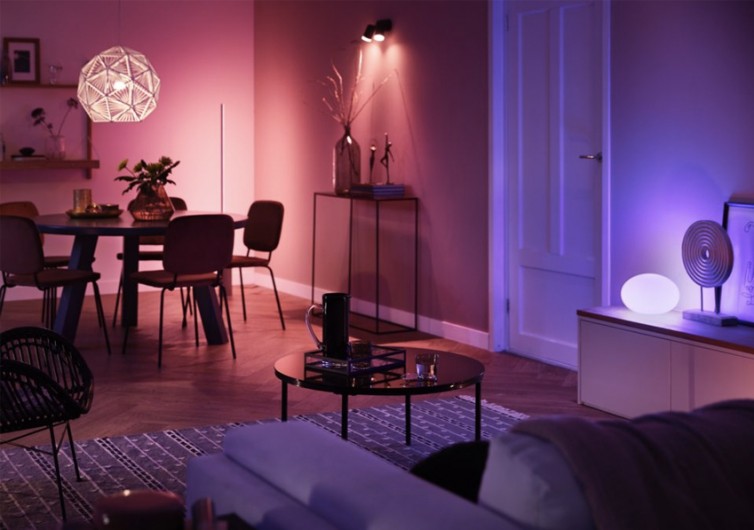 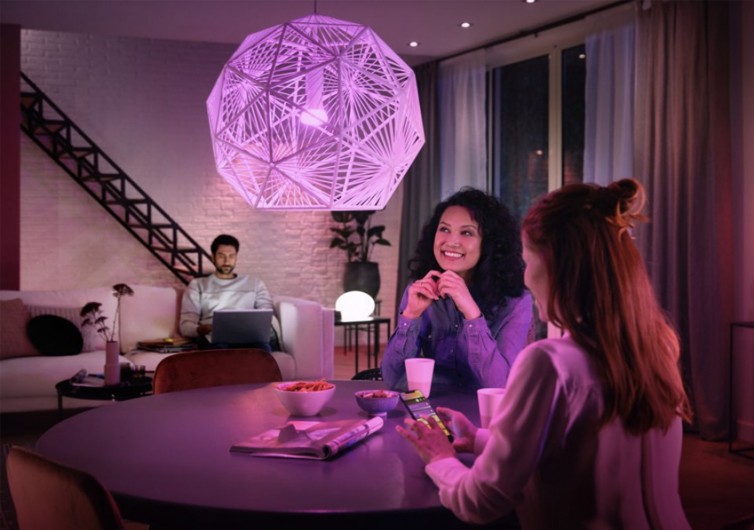 By Seiji Ishii
Last Updated July 28, 2021
Seiji Ishii
Seiji is Editor in Chief at Gear Hungry. He has enjoyed a lifetime of outdoor adventure and sports, from participant and competitor to coach and trainer, and finally as an editorial contributor. His interests have spanned cycling, climbing, motorcycling, backpacking, trail running, and the training involved for all of it. He has also designed outdoor and off-road motorcycling gear. He lives in a wildlife refuge in Wimberley, Texas, with his daughter, itinerant dirtbags, a dog, and a cat.
Learn about The Gearhungry's Editorial Process
GearHungry may earn a small commission from affiliate links in this article. Learn more

The Philips Hue Personal Wireless Lighting System is the perfect first step into building your smart home. It allowed wireless control and automation of indoor lighting while at home and away. I could control the brightness and color temperature through a phone app and set a schedule based on time or location. And installation only took a few minutes.

For a smart home device, installing the Philips Hue system was incredibly easy. I screwed in three standard-sized (E26) and shaped (A19) Hue bulbs in my living room and one in my master bedroom. Then I connected the Hue Bridge to the wireless router in my office and fired up the app.

The Hue app controls the three aspects of interior lighting: light intensity, color temperature, and schedule/automation. The app setup was as easy as screwing in the bulbs. I connected my iPhone to the Hue Bridge and each of the four smart bulbs through a handful of steps.

I created a “living room” and “master bedroom” in the newly updated Philips Hue app (available for both iOS and Android) and assigned the corresponding white ambiance bulbs to the correct room. After that, I had intuitive and total control of the lighting in each room.

The Philips Hue app-controlled light intensity via a simple slider and light temperature on a circular diagram displayed the 2200-6500k range. Choosing a personal default temperature was a one-and-done adjustment, but I often manually changed the light intensity.

Much of the time, the best way to control intensity and temperature was by choosing one of the numerous pre-specified scenes in the Philips Hue app. The titles of the scenes were appropriate for the mood I wanted to create; Read, Concentrate and Relax all aided me in those modes, and I found Golden Pond just the ticket to calm down after a long day.

Although I was delighted with the gallery of preloaded scenes, the app allows absolute control of intensity and temperature to create custom lighting environments. The app can even create a scene based on an imported photo.

The Philips Hue app-controlled when the lights in each room turned on and off and how quickly they illuminated or faded to the specified intensity, based on time or geolocation.

The app also allowed for lighting control when away from home.

Using the Philips Hue system meant keeping the lights on at the wall switch at all times, and any dimmer switch had to be up all the way.

Philips Hue works with a plethora of smart home devices. From the home assistants like Amazon Alexa to smart locks, gaming consoles, TV remotes, all the way to If This Then That (IFTTT) connectivity and functionality, this lighting system integrates with a broad spectrum of devices.

IFTTT is intriguing; using applets, the Hue can trigger a light function based on what another app does. For instance, a user could match indoor lighting with current weather conditions.

I enjoyed the various lighting scenes based on what I was doing; I felt like bright, white light aided productivity while warmer, dimmer light helped me calm down at night. This ability to change both the intensity and temperature of the bulbs was far and away from the most appreciated power of the Hue system.

I also enjoyed manipulating the lights from my phone; if my daughter was falling asleep, I dimmed the lights without moving or making a sound. I did the same if I caught my puppy looking drowsy – I could change to a calming scene without getting her all riled up, thinking that I was up to something.

Lastly, I appreciated the automation that turned on lights when I came home at night. I live in the woods basically, so at night, without a house or car light, I can’t see my hand in front of my face. Triggering the porch light by geolocation eliminated a lot of frustration, accidents, and cussing.

I feel too connected to my phone most of the time; having to use the phone to turn a light on or off was a nuisance at times. Philips does sell smart switches, but that requires more investment than the $120 MSRP of the starter kit.

This kit MSRP boils down to $30 a bulb, not counting the Bridge, and other white ambiance bulbs are MSRP $10. Outfitting the entire home with Philips Hue bulbs would be an expensive endeavor. But it is an effortless way to break into smart home technology, and the connectivity to other smart home devices makes expanding functionality possible.

At first, I wasn’t a fan of smart home technology. I somewhat viewed my robot vac as a surveillance tool and was wary of all the connectivity behind it. But, over time, I realized it saved both time and effort, both of which I cannot regain.

So I viewed the Philips Hue White Ambiance Starter Kit the same way. But throughout the testing period, I grew to appreciate the capabilities and how they affected work and relaxation. The ability of the bulbs to change intensity and temperature alone was worth the switch.

Eventually, using the automation piqued my interest in coordinating the Hue with other smart home products. I haven’t made the jump yet, but the Philips Hue system was the perfect gateway for my introduction to home automation.

by GearHungry Staff
Last updated: January 16, 2019
Sign Up Now
GET THE VERY BEST OF GEARHUNGRY STRAIGHT TO YOUR INBOX