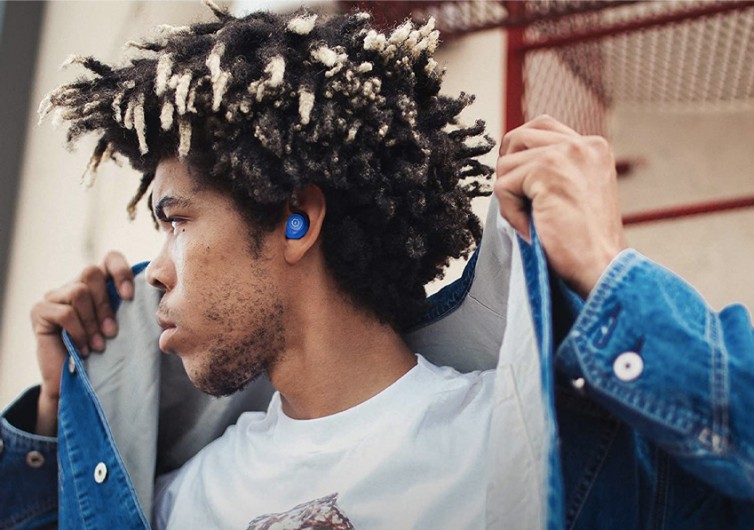 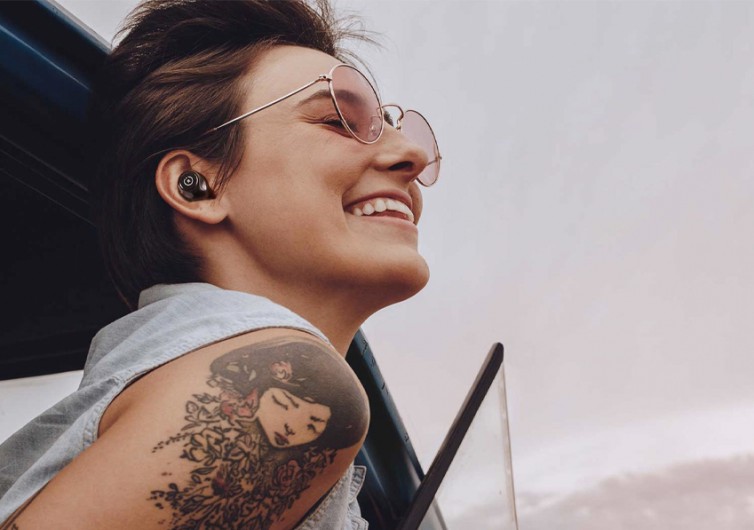 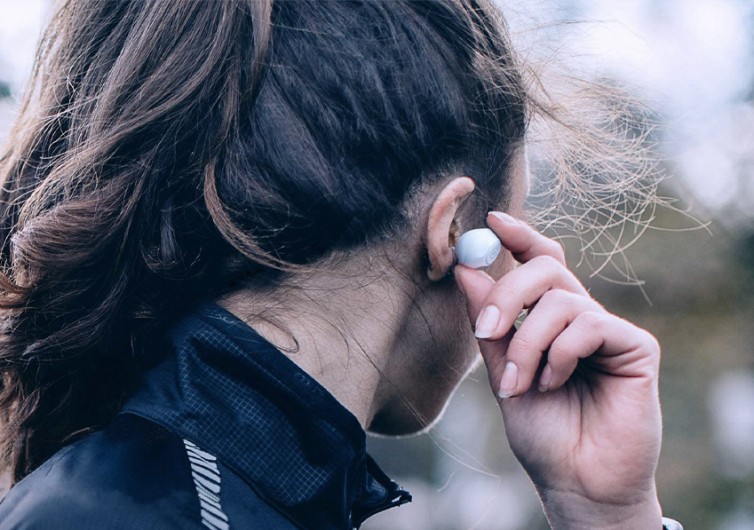 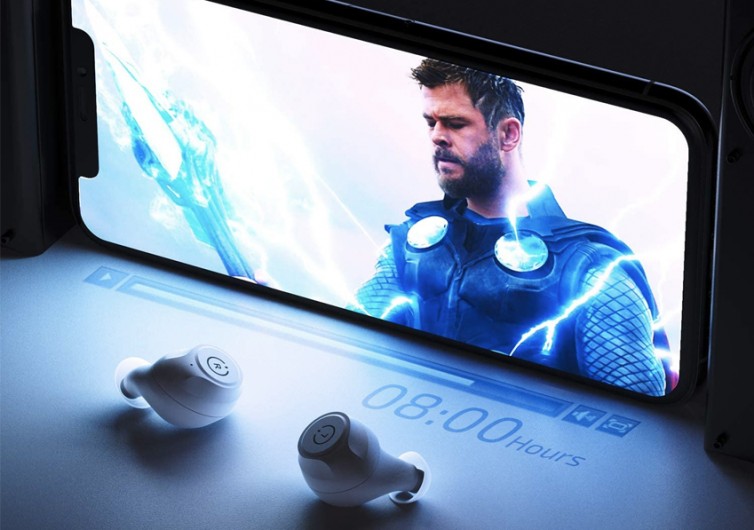 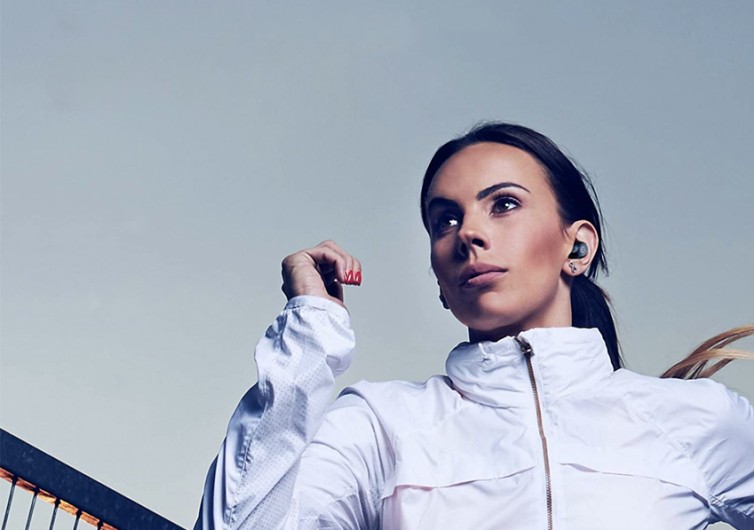 By Seiji Ishii
Last Updated February 1, 2021
Seiji Ishii
Seiji is Editor in Chief at Gear Hungry. He has enjoyed a lifetime of outdoor adventure and sports, from participant and competitor to coach and trainer, and finally as an editorial contributor. His interests have spanned cycling, climbing, motorcycling, backpacking, trail running, and the training involved for all of it. He has also designed outdoor and off-road motorcycling gear. He lives in a wildlife refuge in Wimberley, Texas, with his daughter, itinerant dirtbags, a dog, and a cat.
Learn about The Gearhungry's Editorial Process
GearHungry may earn a small commission from affiliate links in this article. Learn more

One of the most common pitches I get as an editor of a consumer goods publication is wireless earbuds. A quick internet search reveals an endless list of models, from both well-known brands to more obscure offerings, with an equally broad price range. ENACFIRE is a tech brand focusing on earbuds and speakers.

Although not a widely recognized brand, bloggers have recently showered positive comments on ENACFIRE’s products, especially for budget-conscious earbuds. And while I consider myself somewhat of an audio snob, I wanted to give the company’s $50 MSRP E60 Wireless Earbuds an honest run to get a feel for how much the ever-improving tech has raised the quality at every price point.

The ENACFIRE E60’s compact, plastic clamshell charging case (2.5″ x 1.4″ x 1″) housed the equally small pair of earbuds. The case opened and closed with crisp spring action, and a magnetized closure lent a high-quality feel. Magnets also help guide and secure the earbuds into their respective charging positions. Four LEDs on the front of the case revealed the case’s batteries’ charge status, which can be refreshed wirelessly or with a USB-C cable. The case comfortably fits in a front jeans pocket and weighs a confirmed 34 grams.

The diminutive earbuds weigh a verified 8 grams per pair and are the smallest ones I’ve tested to date. Barely larger in outside diameter than a dime, I immediately feared losing the pair and my hopes for listen-worthy bass diminished. The ear tips generously extend from the smooth and teardrop-shaped earbuds, giving the impression of a deep, secure fit and substantial passive noise isolation. ENACFIRE includes six pairs of ear tips in each of the available sizes to ensure the best fit and provide the wearer with a spare set.

The entire case and earbuds package is incredibly discreet, so much that I was sure I would forget them in a pocket and send them through the washer and dryer.

The ENACFIRE E60 Wireless Earbud Sound – Excellent for the Price

The E60 earbuds powered up as soon as I removed them from the case, and the pairing process began and concluded without issue.

Right away, I was impressed with the bass; I was ready for loose, undefined tones given the low price. But the bass was adequately taut with a surprising punch. The bass performance was truly unexpected at this price point. True audiophiles may complain about the lower frequencies’ nuances, but we are talking about MSRP $50 wireless earbuds.

The higher frequencies also impressed, just not as much. Cymbals other higher frequency percussion instruments sounded adequately bright and distinct but somewhat muffled compared to higher-priced earbuds. But for the price, I felt they were great.

The midrange is where the ENACFIRE E60 seemed to struggle. The power of vocals could get lost at times, especially with “busy” music. Background vocals sounded faded at times. It’s not that the midrange response was absolutely lacking; the lower and higher frequencies just relatively overpowered it.

But overall, I found the E60 sound was excellent for the price point and better than that of some earbuds costing twice as much. The Qualcomm apt-X audio technology no doubt helped preserve the sound quality over Bluetooth 5.0.

The E60 uses CVC 8.0 noise cancellation, so the buds didn’t cut background noise for me while listening to music, but I found the passive cancellation plenty effective. It still allowed me to hear certain things while exercising, which I prefer. But the earbuds did cancel my local background noise effectively for listeners when used for calls or video conferencing. My kid’s TV program in the next room might have bothered me, but it never irritated the others.

I found the touch controls for the E60 Earbuds to be logical and easy to use, albeit a tad too sensitive. Both sides respond to the lightest of touches. Taps and holds to the earbuds’ sides toggled different functions depending on whether I listened to music or was on a phone call. A single tap with music activated play/pause, but the same tap answered calls. A hold on the right raised the volume, while it lowered the volume on the left. Three taps activated Siri on my iPhone.

Until I got used to it, any inadvertent touching of the circular side of an earbud executed a command. I learned only to handle the outer edges of the earbuds. Even raindrops could toggle a function.

The E60 earbuds automatically powered up and paired when removed from the case and powered down when replaced.

The E60 as Sports Earbuds

Although the E60 earbuds don’t have any form of external anchoring, I never jettisoned an earbud, even when gravel biking, which was surprising. And there was nothing about the retention method that was uncomfortable. They simply fit me well, so they stayed put even when bombing downhill on rough dirt roads.

These earbuds have an IPX8 rating, and they never had an issue with heavy sweating. They also survived rain without a problem, other than the accidental triggering of the touch controls.

ENACFIRE claims 8 hours of playtime per charge, and although this depends on volume, bitrate, etc., I found this to be roughly true. The brand also claims the case will charge the earbuds five times, which also held true.

The case charges both wirelessly and via a USB-C cable.

I was pleasantly surprised by the  ENACFIRE E60 sound, given the $50 MSRP (and they can be found for much less). The earbuds fit me exceptionally well, and I could wear them for hours without thinking about them. And they never fell out of my ears, even when cycling on rough gravel roads. The only negative I can say is the touch controls’ oversensitivity, but I quickly learned to live with it.

Adding in the IPX8 rating and the incredibly packable form factor make the ENACFIRE E60 wireless earbuds a value that stands out in a crowded field.

Best Open Back Headphones In 2022

Gifts For Audiophiles In 2022

by GearHungry Staff
Last updated: October 9, 2018
Sign Up Now
GET THE VERY BEST OF GEARHUNGRY STRAIGHT TO YOUR INBOX