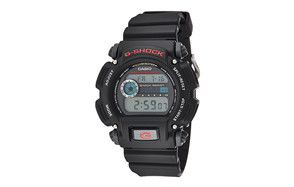 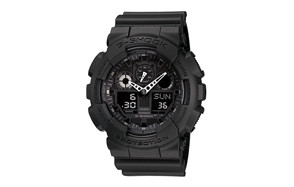 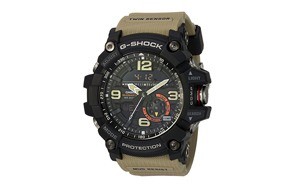 Your guide to this review today is by product expert Jordan Carter
Published 13:29 pm
Contents

Casio has been making watches for a long time, but one is more popular than the others -the G-Shock. What makes them so special? Well, as the name hints, these watches are tough and almost indestructible. They have been built for hard daily use and designed to handle a lot.

If you are having trouble choosing the best G-Shock for you though, as there are quite a large number to choose from, we have put together a list of our favorites.

The Best G-Shock Watch for Men

As the name suggests, the Casio GA 100-1A1 Military Series is one rugged bad-boy of a timepiece. Not only does it look like something a marine might wear on a Black Ops mission, but it has some stunning features that bely its modest price tag.

Most Casio G-Shock watches, as you will see, come with water resistance of 200 metres and shock resistance. This ensures your beautiful timepiece is kept in good working condition, even when put through the works a little.

Water resistance up to 200 metres

Stopwatch that measures 1/1000th of a second

What’s in a name? A lot it seems, as most G-Shock watches have something that set them apart from others in the long and illustrious family of timepieces. The GX-56BB Blackout series not the most expensive by a long run, but it’s not the cheapest either. This probably has something to do with the fact that it is solar powered and features a new triple layer structure for increased protection against damage.

Blackout is an apt name then, because if you suffer a blackout and the lights are all out you will still be able to keep good time. In addition to the standard 200 metres worth of water resistance and shock resistance that feature in most G-Shock products, the GX-56BB is also resistant to magnetics.

Made from mineral glass with a comfortable and durable resin band

G-Shock, as we’ve established, has a great reputation for designing and producing the tank equivalent of timepieces. The Analog Digital X-Large addition to the G-Shock family does not let the side down. It features a comfortable resin band with a nice hook buckle clasp and a protective stainless-steel casing.

If you are not sure whether you want an analog watch or a digital watch, but know you don’t want one of each – this may be the watch for you. It features both faces in one! The standard water resistance, shock resistance and excellent stopwatch all feature too making this a great watch at a great price!

The first thing that is slightly different about Quartz Resin Casual watch compared to others in our list is undoubtedly the colour. Even though it is just white, it seems to stand out even more. If you like a good chunky watch, then G-shock watches are the obvious choice. The great thing about this particular model is that it’s a little smaller than some of the others.

As is the case with all G-Shocks, this sits comfortably on your wrist and within time you won’t even notice it’s there. It features the usual water resistance of 200 metres. There is also a fully automated calendar, analog and digital display.

Bezel and casing made from resin

Water resistant up to 200 metres

Although many G-Shock watches tend to be more expensive, this Sports watch from Casio is incredibly affordable. The great thing is that it is affordable without there being much of a compromise on the quality of the device. It still features 200 metres of water resistance and is still shock resistant like other G-Shocks.

This watch features quartz movement and has a clear digital display and for low lighting conditions it has G-Shock’s Afterglow backlight. Some customers have commented that the strap may be too small for larger wrists, but even that can easily be fixed as the straps are easily removed.

Not suitable for scuba diving

Another great addition to the G-Shock family is the GG-1000-1A5CR men’s watch. It has a nice dual digital and analog display with a mineral glass covering. In addition to the standard shock resistance and water resistance of 200 metres, this model features mud resistance too.

Some cool extras include the stopwatch, countdown that you’d normally expect alongside a digital compass and thermometer. These add an extra dimension to the functionality of G-Shock watches.

As the name suggests, the G-Shock GA100A-7A X-Large has a much larger casing than other G-Shock watches. Which is ideal if you have trouble wish smaller models. It also features world time, covering 48 different cities and an alarm that can be set to go off daily.

This particular model comes in the rather striking white colouring, which stands out a lot more than the traditional black. As it is just under the 100 mark, it would suit anyone with a modest budget looking to get a high quality timepiece.

The Casio G-Shock Rescue Concept watch is a bit different from some of the others on our list in that it has many features not included in others. Sure, it has the standard water resistance of 200 metres and shock resistance. But in addition to all that, it also has some nice extras.

These include the chronograph with both 24 and 12 hour setting and tide and moon graphs. Which, as the watch name suggests, makes it great for hiking or search and rescue work, particularly in coastal areas.

Chronograph in 24 and 12 hour formats

For many years now, Casio with their G-Shock watches have been moving towards creating more watches that rely on solar batteries, and this particular model is one of them. In a very smart black colouring, AWGM100B-1ACR is good looking watch.

In addition to the solar rechargeable battery, that undoubtedly makes this an intriguing watch if you are looking for a more economically sound timepiece; it is also a multi-band atomic watch. Meaning you will have accurate time whether you are in China, Japan, Germany, US or UK.

Atomic timekeeping for China, Japan, Germany, UK and US

Although similar to the other military-style G-Shock listed on this page, Military GA-110 features additional metallic elements and a nifty black stealth colour. It features many of the elements you have probably come to expect from G-Shock watches.

This includes magnetic resistance, shock resistance and water resistance of up to 200 metres. It also will keep good time wherever you are in the world, across 29 different time-zones To help you stay organised you can set up to 4 separate alarms daily and 1 snooze alarm.

Water resistance up to 200m

One of the things that makes G-Shock so appealing is the military-style of the construction. These are watches that are designed to withstand some serious amounts of use and abuse. With the 6900 military-style watch, you get the usual features such as shock resistance and water resistance.

You also get a cool stopwatch function that measures the seconds to 1/100th with the ability to measure 1st and 2nd places, split times and elapsed time. This makes it ideal for races and other sporting activities.

In addition to the rugged and tough construction we have all come to expect of G-Shock watches, the G-Shock G-Steel has additional layers of protection in the form of the stainless steel yellow coated casing cover. It also features a nice large 52.44 mm casing, making it much easier to read.

With the normal features such as water resistance to 200 metres and shock resistance, ever present, it is the watch that offers so much. It is also preset to work in 31 different time-zones and 48 cities, so you will always know the correct time wherever you are.

The last watch on our list is the beautiful G-Shock GD350-1B, with a nice black coloured design. It features many of the usual elements included in other G-Shock watches, such as the sock resistance and water resistance.

G-Shocks are also known for keeping good time in various countries throughout the world. This particular watch covers 35 time-zones and 100 cities. Not only does it tell the time, but it also displays the name of the city too. Along with the alarms normally found on G-Shock watches, there is a vibration alert function so that you never missing an appointment or maybe important drop-off spot.