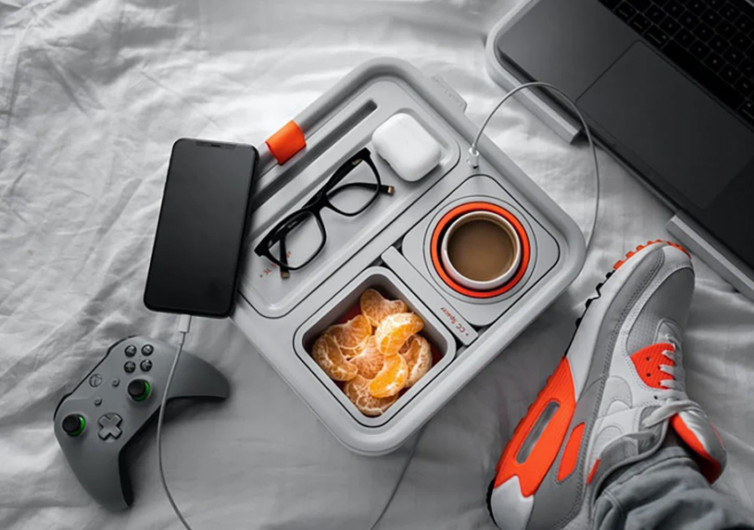 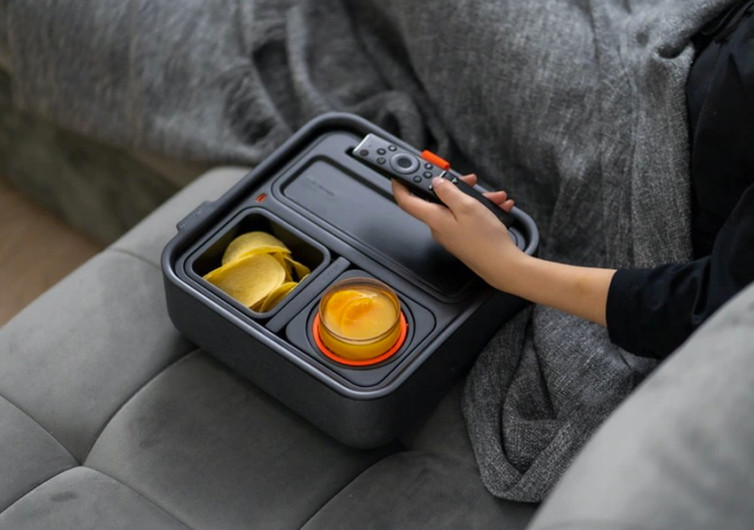 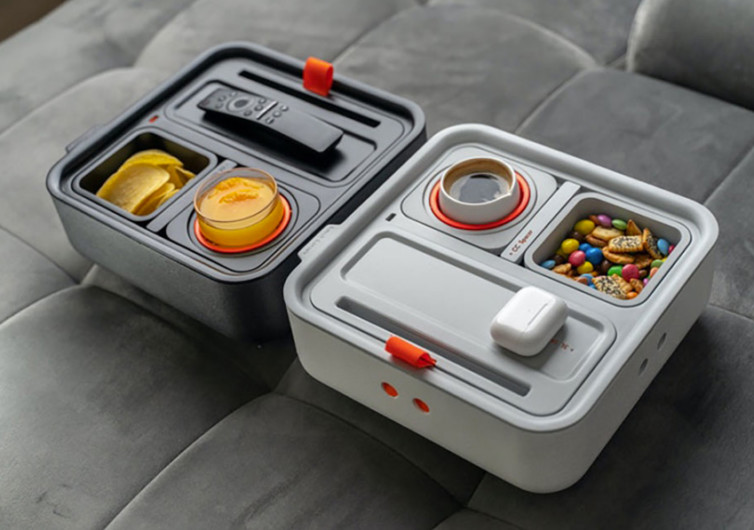 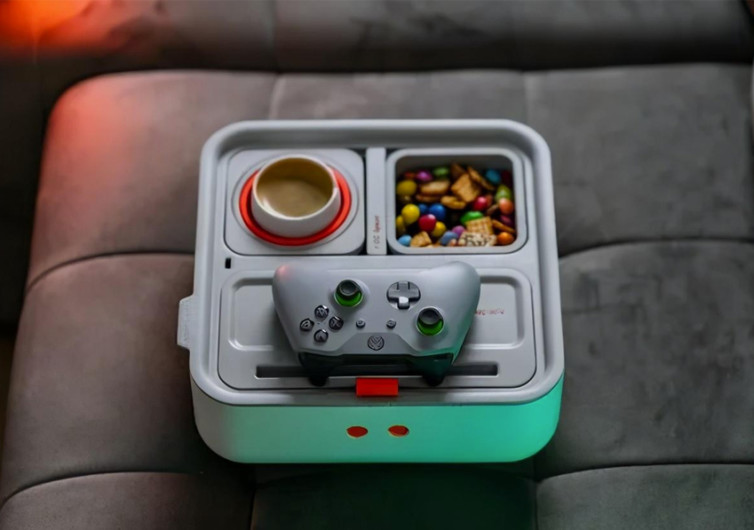 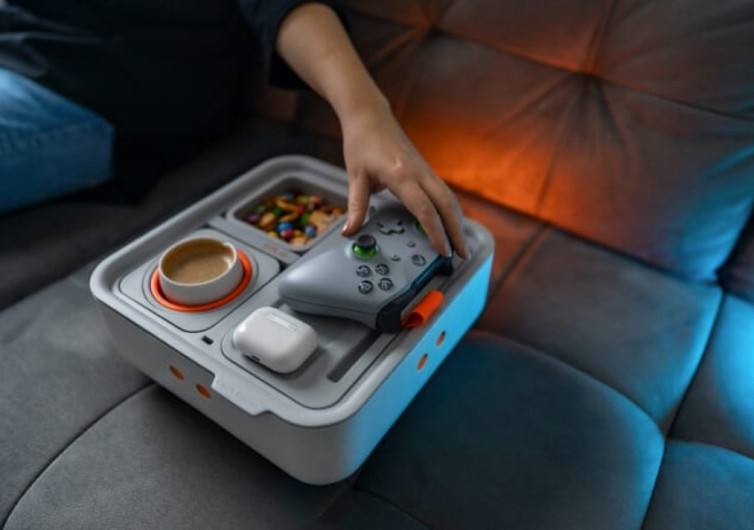 By Jilli Cluff
Last Updated December 30, 2020
Jilli Cluff
Jilli is a freelance copyeditor and writer out of Austin, where she lives with her one-eared dog, George Michael. She dedicates most of her downtime to flailing on one of her many, many climbing projects.
Learn about The Gearhungry's Editorial Process
GearHungry may earn a small commission from affiliate links in this article. Learn more

The modular Couch Console is, in many ways, just as it sounds — a catch-all station for the sofa-inclined. However, the design’s sophistication presents a customizable modular layout, a self-balancing gyroscopic cupholder, and a USB-C cable port.

The Couch Console took Kickstarter by storm this December, raising over $980,000 in just under one month and surpassing the creator’s pledge goal of $15,000 by, well, a lot. For a product that sounds like it harbors all the sex appeal of your memaw’s dinner tray, it’s certainly raking in some crowd dough. Let’s find out why.

The first generation modular Couch Console is compact (10.5 in² on the surface, 4 inches tall), comes in black and white colorways, has a cuboidal base structure, and the bay features two vertical openings of equal size and depth to house the Console’s modules/provide integrated storage. The lightweight, recycled foam base allows the console to conform more adeptly to uneven surfaces (like your couch cushions or mattress) and uses a counterweight to ground it if those surfaces are unstable (which they will be).¹ This combination of properties effectively mitigates spillage and lost remote potential by bringing your command center from the far-off coffee table to your lap-side.

At the time of writing, there are four unique modules on offer. The modular Couch Console ships complete with a set of all four:

Later-stage modules will eventually be available so that you can expand your compartmentalized horizons through various permutations. According to Ebite Inc. (the modular Couch Console’s maker), you’ll have the option of adding on an extended tray table soon. There are lots of undisclosed module add-ons for the Couch Console that are in the works, too. While there is not much information on forthcoming developments, we expect that the makers will soon offer individually-sold modules, separately sold sets, and various adapters.

There’s a little more than 1 month left in the Couch Console’s Kickstarter campaign, during which time you can order the ever-evolving, modular unit for $89. Oh, and a lifetime warranty? You got it.

Production begins in January 2021, and by May 2021, the bourgie, Netflix marathon command center could be on your doorstep.

by GearHungry Staff
Last updated: January 10, 2020
Sign Up Now
GET THE VERY BEST OF GEARHUNGRY STRAIGHT TO YOUR INBOX