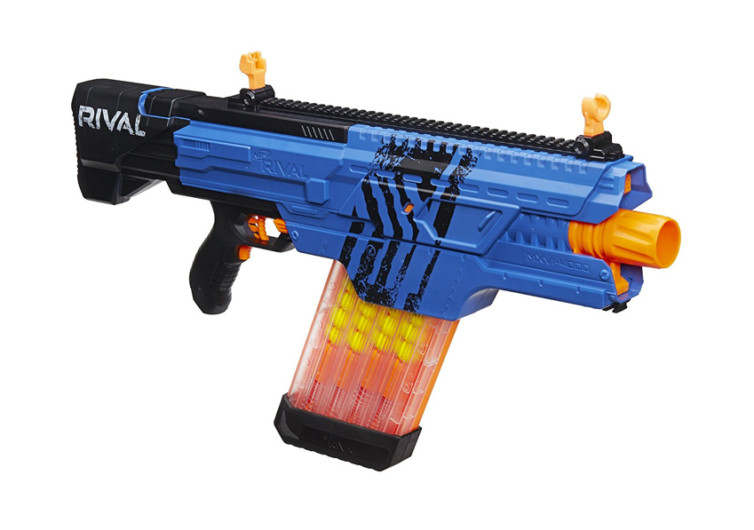 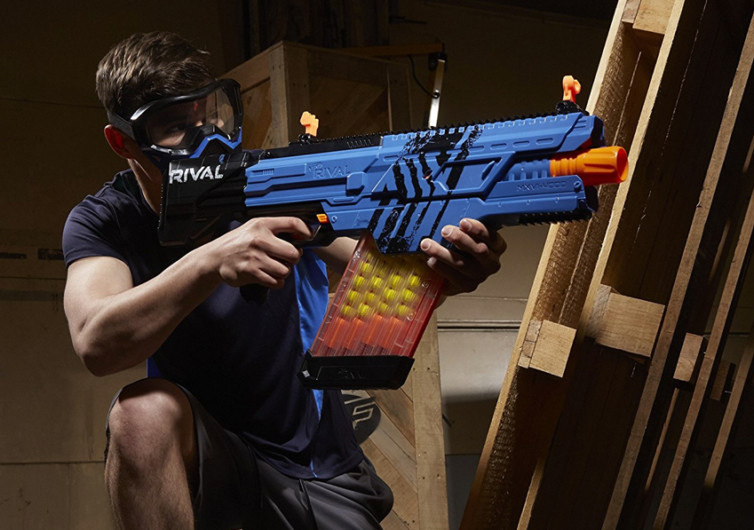 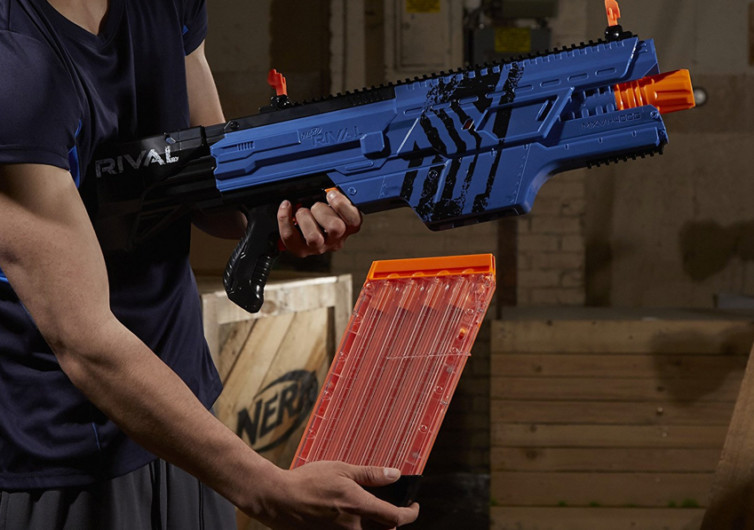 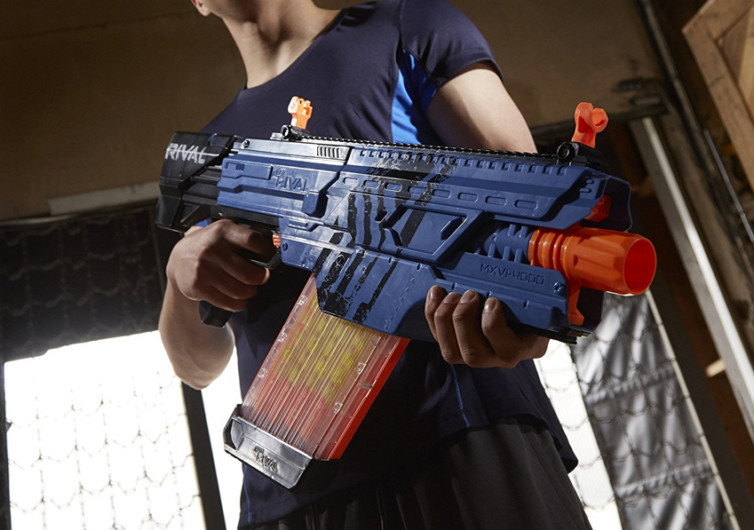 As children we would’ve loved to get our hands on one of Nerf’s Rival Khaos MXVI-4000 Blaster. And as adults, even more so. It’s the first fully automatic Nerf Gun Rival rifle ever, rapidly unloading its yellow foam projectiles on whatever hapless individuals end up before its scope by just holding down the trigger, and this at speeds of up to 70 miles per hour.

The Nerf Rival Khaos also boasts a 40 round magazine so your ammunition won’t run out after three seconds. Though this sort of performance requires six D batteries to power the thing.