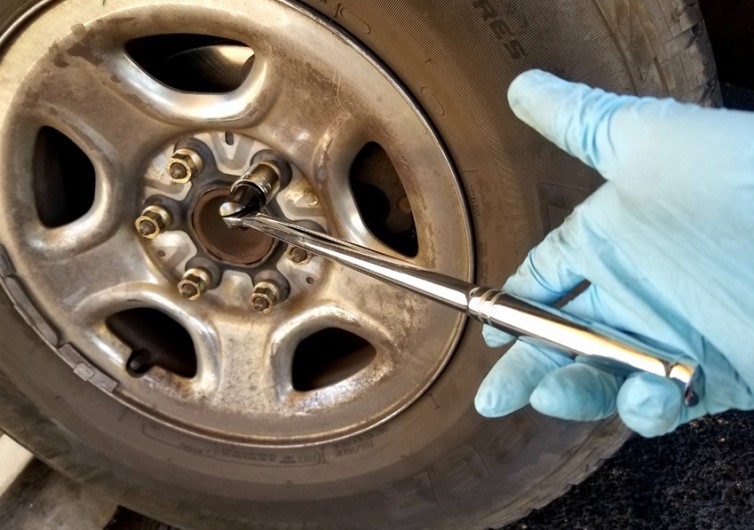 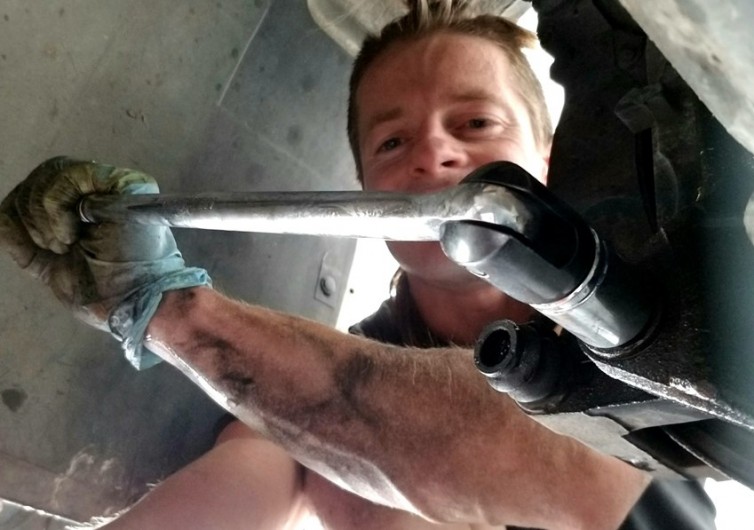 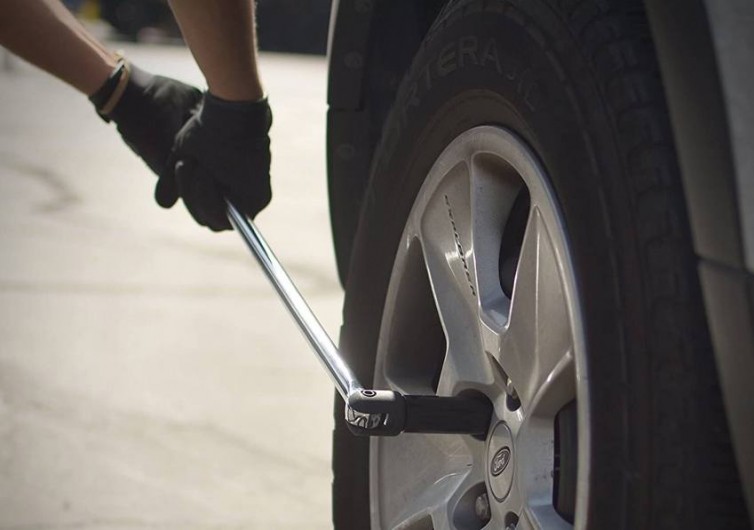 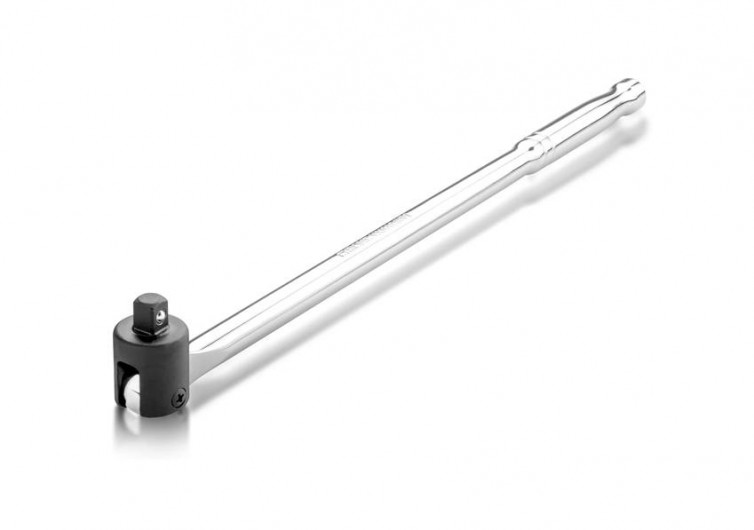 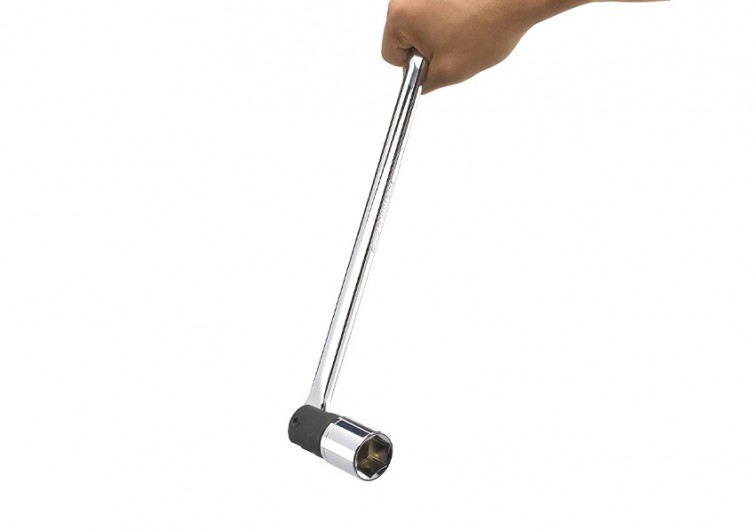 By Sam Anderson
Last Updated May 12, 2021
Sam Anderson
Sam Anderson has followed a passion for well-told stories and nature's beauty from university classrooms to mountain adventures. After earning a bachelor's degree in literature, he leaned into a life fueled by road tripping, rock climbing, coffee and beer, and renegade camping. He has worked as a chainsaw operator, house carpenter, and window cleaner, at one point running his own window cleaning business. He has finally settled with his girlfriend and small zoo in the western American desert, trading his tool belt for a keyboard.
Learn about The Gearhungry's Editorial Process
GearHungry may earn a small commission from affiliate links in this article. Learn more

Neiko Tools’ 15” breaker bar has a chrome vanadium steel handle with a contoured grip and a chrome molybdenum 3⁄8-inch socket drive head. It pivots well past 180 degrees to give the user a wide range of torque angles. The screw that attaches the head to the handle is spring-loaded, which gives the bar a certain ergonomic quality during testing. Neiko prices the bar at just $15 MSRP.

I tested the Neiko bar with a heinous, overdue brake job on my truck. Here’s how it went.

Immediately, I liked the Neiko breaker bar’s heft and balance. It was comfortable in hand, not too big around or too narrow, and felt slightly heavy for its size. The head pivoted smoothly, with just the right amount of resistance.

I got a little skeptical when I looked closer and noticed a couple of inconsistencies in the machining. First, the brand stamp was inconsistent. It looked like the manufacturer missed it once, then corrected and stamped it, but the final result still didn’t display consistent depth. Also, the head of the screw securing the head to the handle had some flat spots that made it not fit uniformly in the countersunk receptacle (see photos).

I wasn’t too concerned about either one and besides, it was time to get to work.

I needed my Neiko breaker bar to loosen caliper mounting bolts on my ‘99 GMC truck. The 18mm hex bolts have a manufacturer spec torque of 129 ft-lb, heavy but not backbreaking. The challenge was that these particular bolts had endured at least 57,000 miles of heating, stress, compression, and shear force, including a lot of highway and offroad driving.

I bent to the task with an aerosol penetrant, a heat gun, and the Neiko bar. The first good thing that happened was that the bar fit inside my wheel wells to work on the bolts. With the head at 90 degrees, it’s a workable 14 1⁄16 inches long.

Once I leaned into the job, I found the spring-loaded head helped me engage the bolt: instead of putting immediate torque on the heinously tight bolts, I had a little grace period where the head would flex on the bar, and I could build up torque. I also appreciated that the head angle was easy to adjust and that I could use it past the 90-degree position, which I did several times.

Neiko’s 15” breaker bar is a tool-bag-sized breaker bar that will help users deploy a lot of torque without taking up a lot of space. In my testing, which I performed over the course of a difficult brake pad and rotor replacement, it did everything I needed it to do.

The only concern with the Neiko breaker bar would be its use of a threaded fastener, instead of a solid pin, to attach the head. Any threaded fastener is weaker than a solid rod of the same size, which means the screw is a potential weak point on the Neiko bar. Neiko appears to compensate by forging the bar’s head from chrome molybdenum, heat-treated and resilient to percussive impact. At any rate, it’s widely known that the weak link on any breaker bar is the joint between the head and the square drive stud — so critiquing the threaded fastener might be a moot point.

The good news is, at $15, you can afford to break it. I don’t think I’ll be breaking mine; I can’t imagine putting much more force on the bar without lowering my truck onto it.

by GearHungry Staff
Last updated: January 23, 2018
Sign Up Now
GET THE VERY BEST OF GEARHUNGRY STRAIGHT TO YOUR INBOX