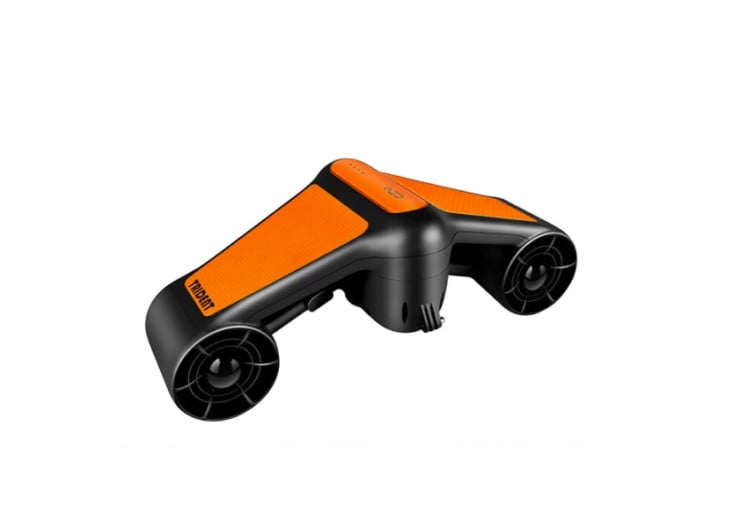 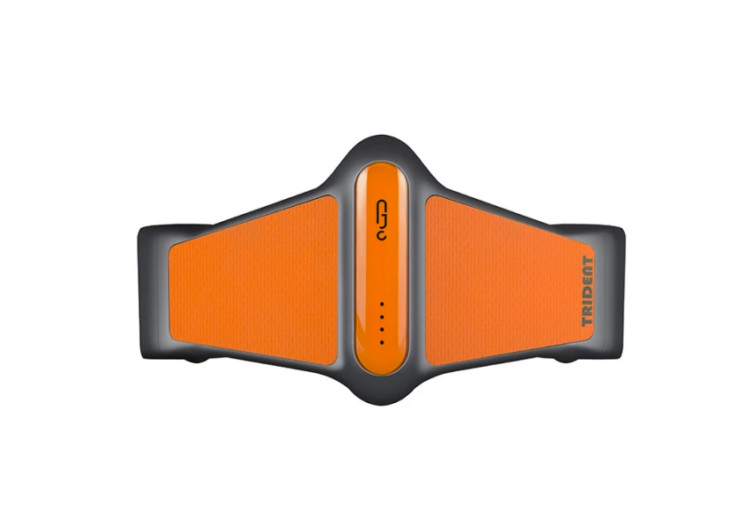 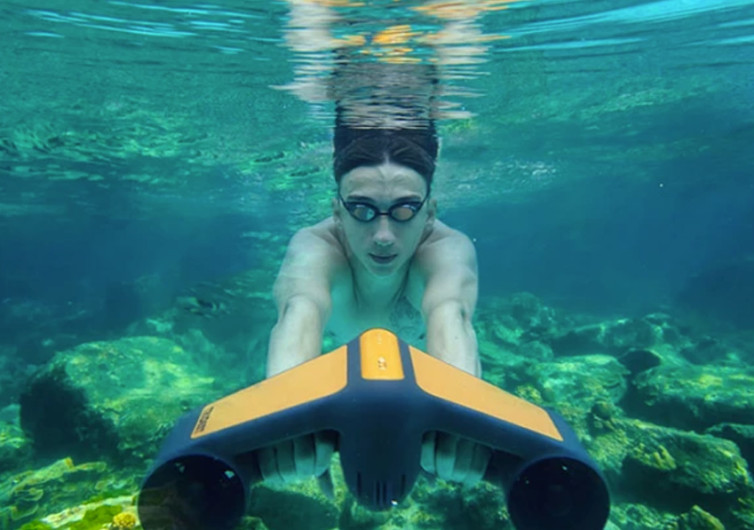 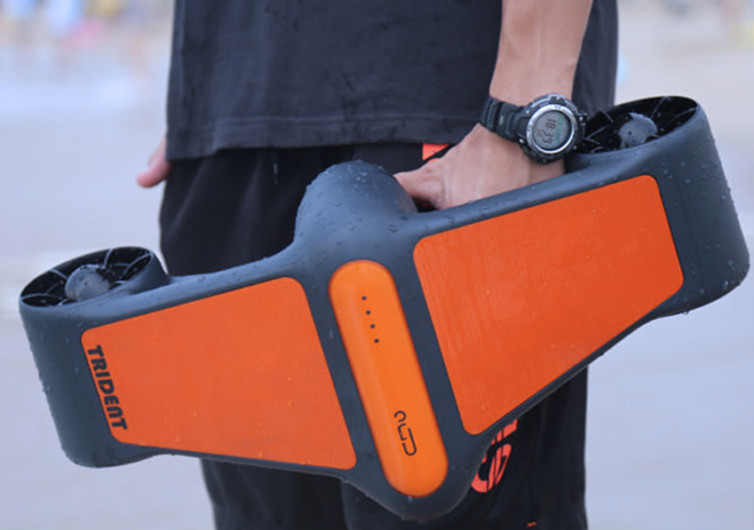 Exploring the world underneath the waves can open the senses to new marvels that we only get to appreciate in magazines and special TV documentaries. Not anymore. With the Trident Underwater Scooter, you can go as deep as 164 feet to explore the underwater world yourself.

Unlike other underwater scooters that are either too expensive or come with mediocre performance, the Trident comes with a friendly price tag without letting its performance suffer. Its design draws inspiration from the B2-Stealth Bomber with its characteristic wide, swept-back wings. And while it won’t buzz any skies, it sure can keep you company as you tread the depths under the waves.

Powered by a small motor producing maximum thrust of 26 lbs, delivering 480 watts of power, the Trident can easily reach depths of 164 feet. One can cruise at a gentle 2.2 MPH or even take it to the next level at 4 MPH so you can catch up with the marine and aquatic life forms engaging you for a race. There’s a child safety lock feature so that your kid will never accidentally activate the fast speed setting of the Trident.

The 24-volt, 6000 mAh battery can be recharged in just one and a half hours and this should be enough to let you explore the depths for up to 45 minutes. The streamlined design of the Trident also helps minimize drag while greatly aiding in one’s movement deep in the water.

One of the best parts of the Trident is that it comes integrated with an attachment for the GoPro action cam system. Such an attachment can also accept underwater lights to give you better visualization of the deeper parts of the sea. Of course, if you do choose to mount the GoPro on the Trident, you can expect lots of memories to be generated every time you take to the water.

There are a lot of secrets that remain hidden under the oceans’ waves. And while the Trident Underwater Scooter is not going to let you uncover all of them, it can surely make for a truly memorable experience.