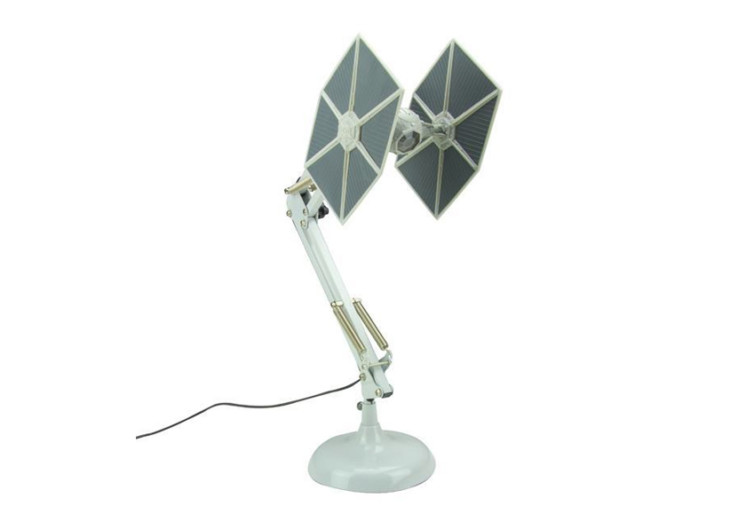 By Jordan Carter
Published May 11, 2018
Support us! GearHungry may earn a small commission from affiliate links in this article. Learn more

The Empire may have crumbled and Darth Vader may no longer be around, but his grandson is sure to carry the mantle of unifying the galaxy under the rule of the First Order. And while venerable X-Wing Starfighters will try to destroy another Starkiller Base, only the equally-agile TIE Fighter stands in their way. The TIE Fighter Anglepoise Desk Lamp provides the necessary defensive shield for your workspace and keeps your desktop fully protected against an imminent attack from several squadrons of rebel interceptors.

True to the goal of, first the Galactic Empire and now, the First Order, the TIE Fighter Anglepoise is more than capable of thwarting any attack from the Red Squadron. Flying some 60 centimeters off the surface of your desktop base, the TIE Fighter stands guard, emitting a soft yet radiant light that will make any enemy think twice before they attack. The well-balanced arm of the anglepoise keeps the TIE Fighter in perfect position to defend your workstation while facing head-on Poe Dameron’s squadron. Now all you need is for Kylo Ren to finish his training so you can continue conquering the rest of the galaxy.

The TIE Fighter Anglepoise Desk Lamp is designed primarily for the followers of the Dark Side.

CHECK PRICE ON THEFOWNDRY.COM
Sign up for our newsletter