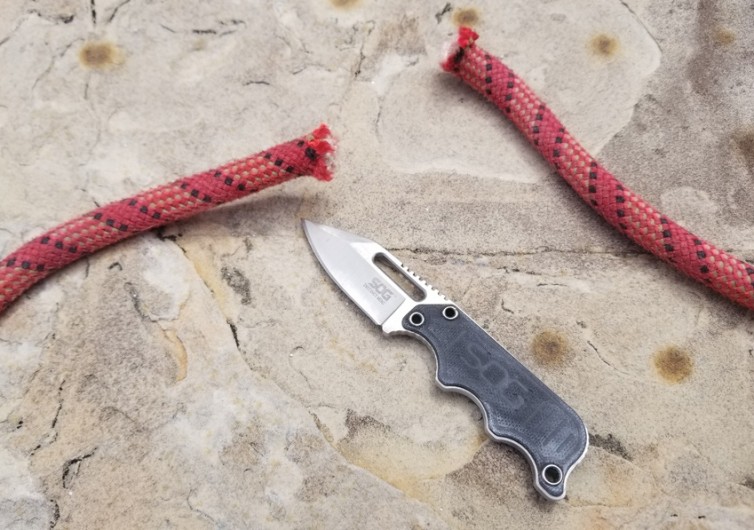 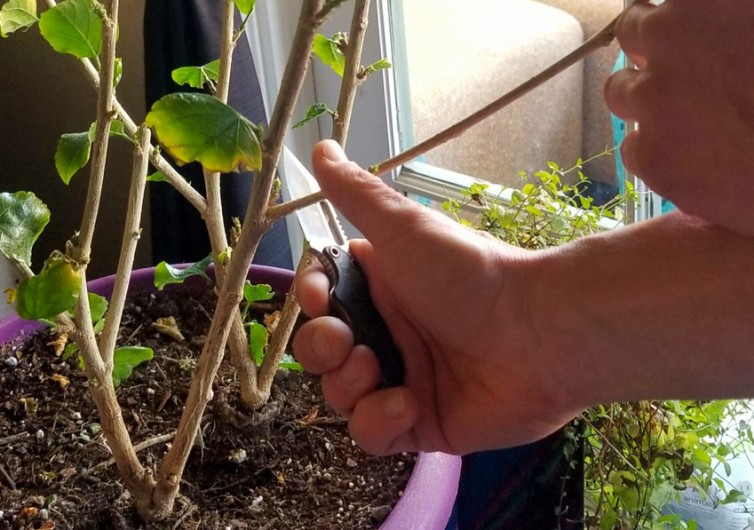 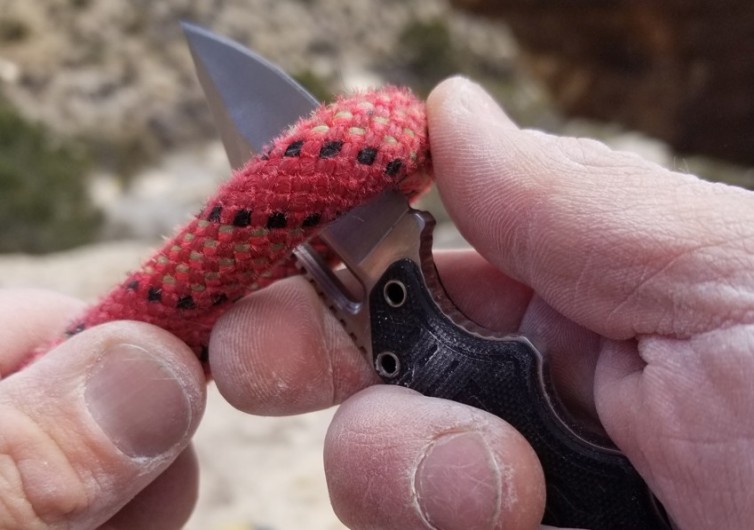 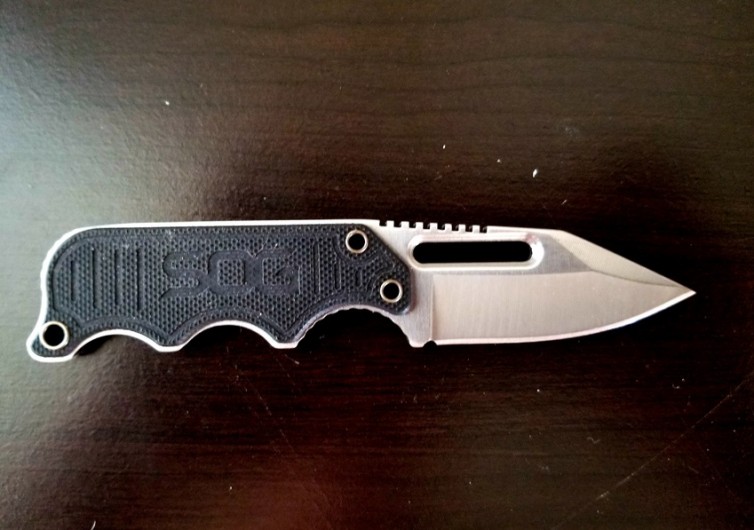 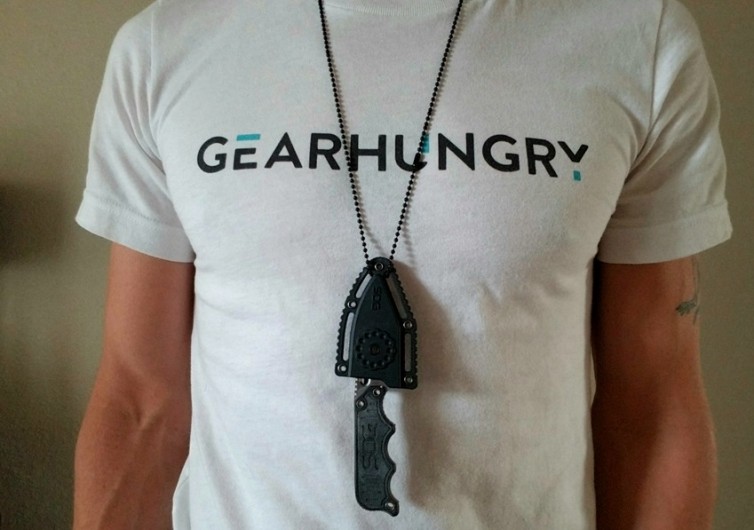 By Sam Anderson
Last Updated March 22, 2021
Sam Anderson
Sam Anderson has followed a passion for well-told stories and nature's beauty from university classrooms to mountain adventures. After earning a bachelor's degree in literature, he leaned into a life fueled by road tripping, rock climbing, coffee and beer, and renegade camping. He has worked as a chainsaw operator, house carpenter, and window cleaner, at one point running his own window cleaning business. He has finally settled with his girlfriend and small zoo in the western American desert, trading his tool belt for a keyboard.
Learn about The Gearhungry's Editorial Process
GearHungry may earn a small commission from affiliate links in this article. Learn more

SOG is a tactical knife and equipment company for tough guys. The SOG Instinct Mini neck knife is a reflection of those qualities. It’s designed to absorb abuse with a thick, full tang blade, coarse G10 handle scales, and a hard polymer sheath.

I found the knife to be rugged and heavy. Its military inspiration was obvious — user comfort was subordinate to the utility. Though I found SOG’s take on the neck knife to be a little cumbersome for EDC use, its solid build inspired confidence, and it tested well in the field.

Definition and Specs: Neck Knives and the SOG Instinct Mini

A neck knife is a small fixed blade knife worn around the neck on a lanyard attached to a sheath, concealed beneath clothing. Neck knives are EDC tools, often with tactical and self-defense capabilities.

The SOG Instinct Mini is a heavy-duty take on the form. It’s 4.8 inches long and a little heavy for the category at 3.8 oz. (sheath included). The handle scales are G10, which is a hard fiberglass compound. The hard polymer sheath is substantial, with grooved edges, four large lashing slots, and a stout clip that attaches to either side (allowing for left- or right-handed draw). Instead of a parachute-cord lanyard for a necklace, SOG opts for a dog tag chain.

The full tang blade is 4-mm thick with a 1.9-inch edge. It has generous oval-shaped aeration (presumably to dump weight, though it seems to help open bottles). The spine is grooved where my thumb naturally met it. The blade narrows to a relatively tall clip point and a robust cutting edge.

After registering its heavy-duty build, the first thing I noticed about the Instinct Mini was its robust edge. Since the blade is thick but not very tall, its primary grind leaves a lot of material near the edge — which features a fairly high-angle grind.

That doesn’t mean the knife is not sharp: it means it’s less of a precision slicing tool and more of a workhorse. The knife wouldn’t cut a free-hanging sheet of paper smoothly, even when the edge was razor-sharp. However, it did hold its edge well. Intuitively, this is an advantage in an EDC knife that sees heavy use. It’s impractical to have to sharpen your working knife all the time — it seemed to me like the Instinct Mini’s high-angle grinds were SOG’s solution to dulling.

Beyond that, the SOG Instinct Mini is a tank of a knife. It held its own underwood batoning, rope cutting, pruning woody stems up to about 1/8 inch, and bottle opening, requiring little resharpening.

I wasn’t impressed by the knife’s carrying comfort. It felt heavy hanging around my neck, and I never forgot it was there. Removing the clip and replacing the chain with a parachute cord helped some, but it’s the knife itself that’s heavy.

Perhaps worse, it tended to twist on the chain whenever I bent over, and it hung freely. That meant it sometimes hung in a left-handed draw position without me knowing it. Usually, it’s not that big of a deal, but fumbling to draw your knife backward could be a disaster in a self-defense situation.

SOG does advise that carrying the Instinct Mini as a neck knife is optional. Its clip is the main event: it mounts on either side of the sheath and tightens at any position in a full 360-degree circle. It’s a preference setting that shows SOG’s intent on tactical utility.

It may not be my favorite neck knife, but the SOG Instinct Mini is a rugged, capable EDC blade. It’s a little heavy, but it’s built for the long haul. I felt satisfied by its quality and utility at MSRP $35.