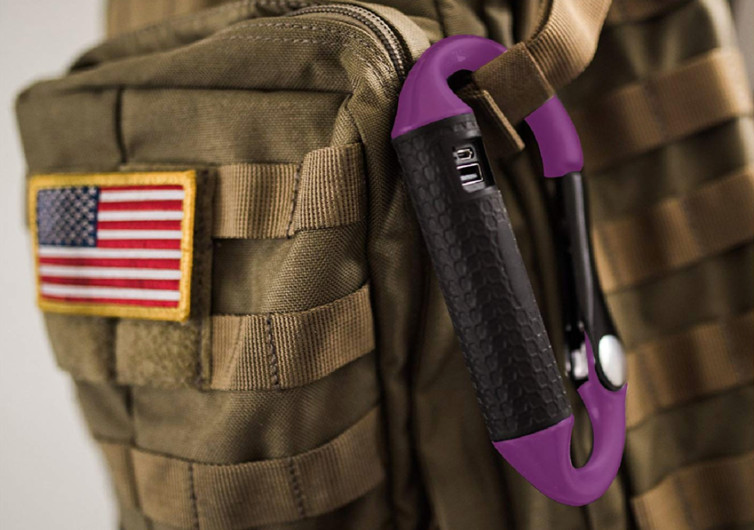 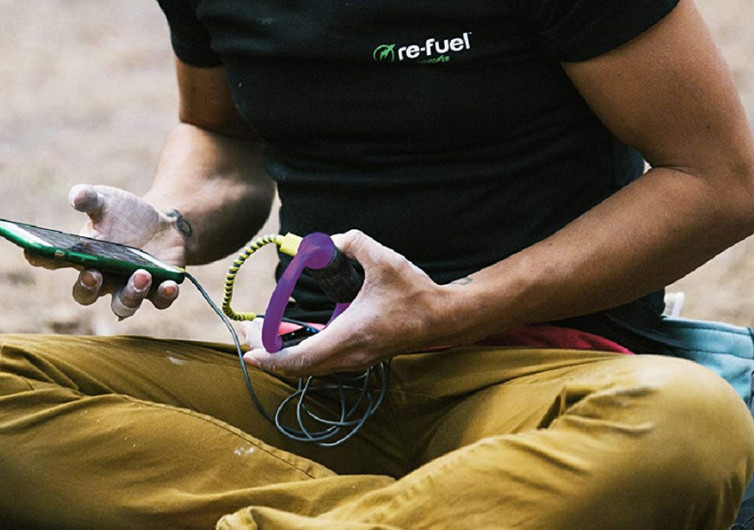 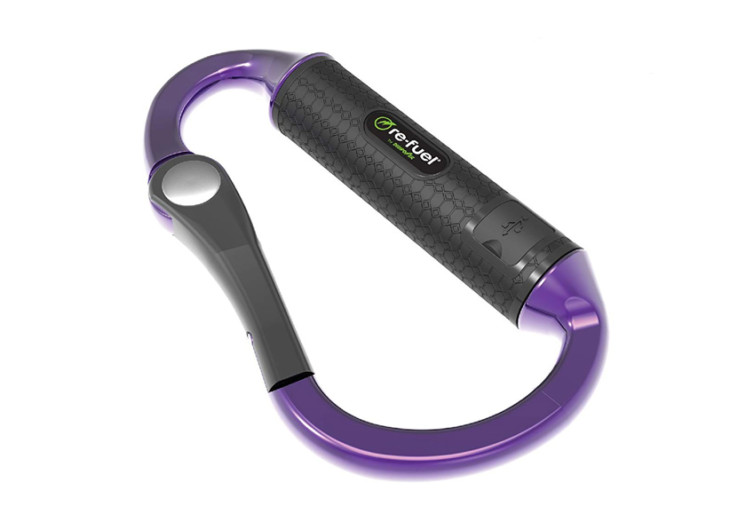 The Re-Fuel Powerbiner is an extra-large carabiner boasting of the capability to recharge USB-ported devices. It is a new design of portable USB charger that doubles as a handy carabiner system for holding many of your stuff.

The size of the Powerbiner alone is enough to tell you that it is not your average carabiner. Measuring 9.6 inches long, 5.5 inches wide, and 1.4 inches at its thickest section, the Powerbiner is one huge contraption on your bag. The good news is that despite its humongous size, it still manages to come in at a neat 7.36 ounces. Still, it is huge. On the plus side, it can lift objects that weigh up to 132 lbs.

As a portable power bank, the Powerbiner boasts of a 3000-mAh battery. It is modest by today’s standards, with many power banks coming in at a whopping 20,000 mAh-plus battery capacity. Regardless, the Powerbiner’s battery capacity is enough to charge two USB-ported devices for 10+ hours of video or talk time. Too bad, the gadget doesn’t come with a USB-C type of port for faster recharging of devices.

The Powerbiner comes with its own safety checks including protection against short circuiting and overcharging. At the very least, you can feel a lot safer about using the gadget when charging your devices. There is also a LED charging indicator to let you know about the status of the Powerbiner’s recharging.

The gadget features an anodized aluminum housing, complete with rubberized grip. There is also a cover for the USB and charging ports, securing it against the elements. It is easy to mount or clip on your bike, tent, bag, tree, baby carriage, or any other structure or object.

The Re-Fuel Powerbiner may be underpowered. However, it does a great job of holding your things while charging your devices.