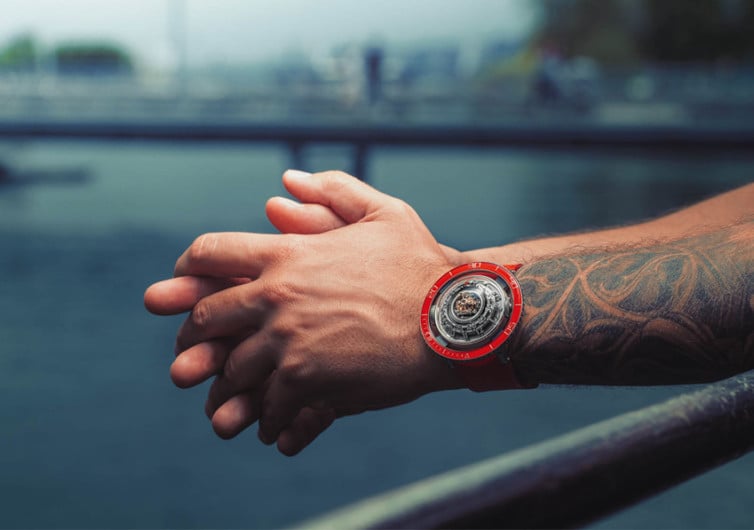 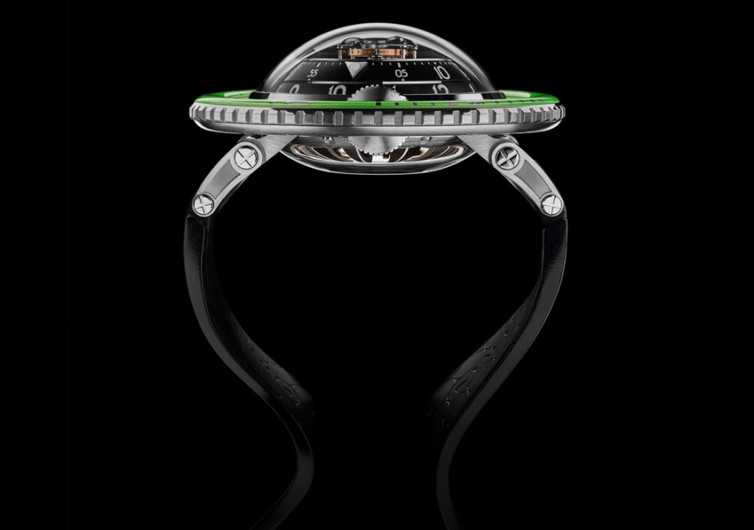 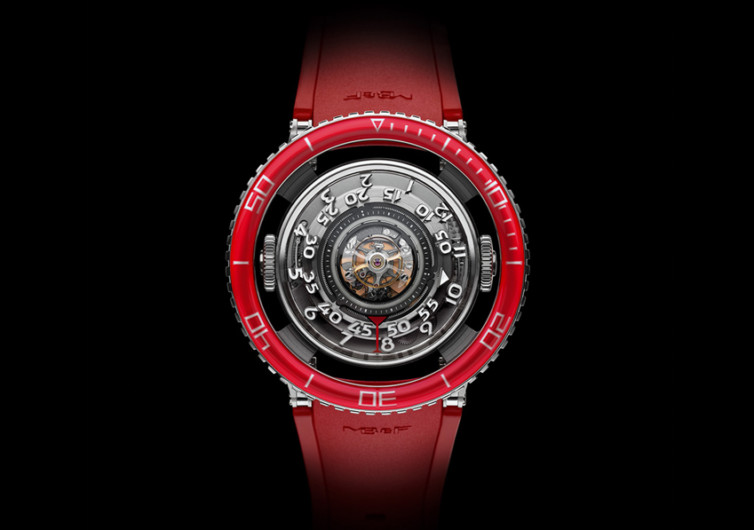 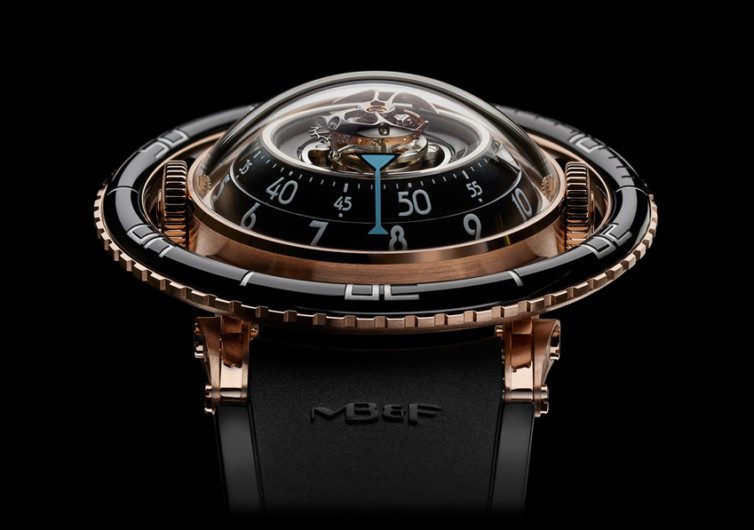 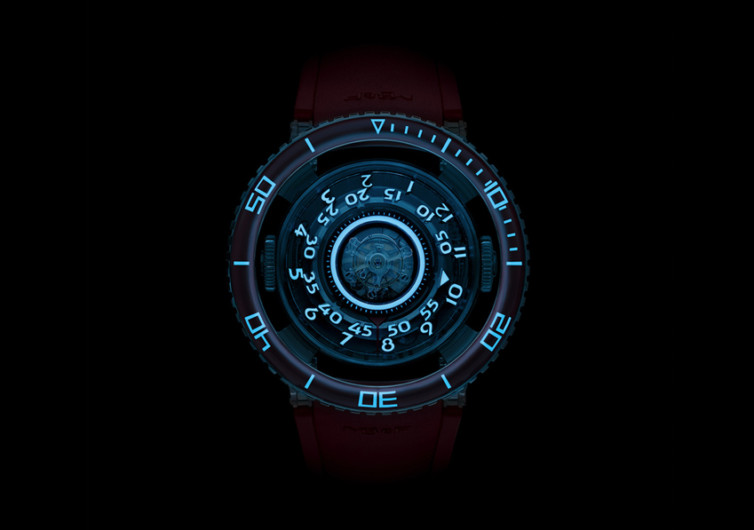 The Aquapod is MB&F’s answer to a deep seagoing wristwatch to complement the brand’s space-conquering timepieces. Like its cosmic counterparts, the Aquapod comes with the renowned horological technologies that have become synonymous with the MB&F tag.

Within the Aquapod’s jellyfish-inspired design is a centrally-located 60-second flying tourbillon. This element provides the timepiece its concentric vertical movement that is both fascinating to watch and stunning in terms of accuracy. Adding to the beauty of the tourbillon are radial indicators, forming a ripple-like effect from the center. And since MB&F draws its inspiration from the jellyfish of the deep, one can expect the Aquapod to glow in the dark. Its luminescence mimics the natural glow that deep sea creatures emit.

The 3D vertical architecture of the Aquapod is mesmerizing. This is a wristwatch that you will be looking at more often than any other timepiece that you’ve worn. It comes with automatic winding capabilities, generating power to its HM7 engine. On top of its self-winding feature, the Aquapod also comes with a 72-hour power reserve.

The Platinum Red Edition comes with a set of 3D floating time indices. On the other hand, the standard Aquapod comes with spherical segment discs made of aluminum and titanium. These discs rotate on centrally-positioned ceramic bearings. Aiding the MB&F wristwatch in timekeeping is a unidirectional rotating bezel. This keeps you abreast of elapsed time.

There are two sapphire crystals on the Aquapod, instead of the conventional one. Both faces come with a tough coating of anti-reflective material. On the Platinum Red, there’s an additional sapphire balance bridge.

This wristwatch can take you up to depths of 150 feet. Its water-resistance rating may pale in comparison to precision-engineered dive watches. However, it can do a great job of keeping your time underneath the waves. It looks awesome, too.