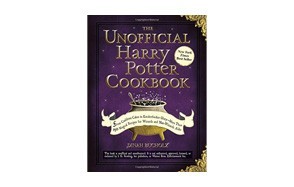 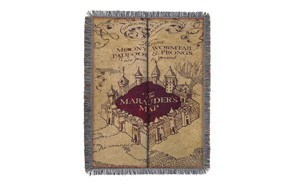 This product guide was written by Jordan Carter
Published 09:07 am
Contents

The Wizarding universe has captured the imaginations of adults and children alike since the first Harry Potter book was published on June 26, 1997. Ever since the debut of Harry Potter and the Sorcerer’s stone, the Harry Potter fandom has steadily grown. Readers are spellbound by the story of Harry Potter and his friends Hermione Granger and Ron Weasley as they begin a new chapter in their life in Hogwart’s School of Witchcraft and Wizardry, the adventures and the challenges they face along the way. The books were considered a big success having received multiple book awards and consistently making the top 10 best selling book list.

This means that you, your sister or brother, your friend and your loved ones may be a fan of Harry Potter. Nothing shows that you love and care than giving the perfect gift from their favorite book or movie. So let’s take a look at our top recommendations in the category of Best Gifts for Harry Potter Fans.

Fans get to own the complete Harry Potter 8-film collection

Fans who ardently read the Harry Potter books will often come across food that is meticulously and deliciously eaten and enjoyed by Harry Potter and his friends as they battle against Death Eaters and solving quests. Fans who also follow the movies will often see delicious banquets in the great hall or mouth-watering dishes prepared by Mrs. Weasley. With the Unofficial Harry Potter Cookbook, fans will be able to experience the favorite dishes and desserts showcased in the books and movies. Thanks to this cookbook, fans will be able to taste Harry’s favorite dessert Treacle Tart or relive the Hogwarts express cart experience with pumpkin pasties.

Detailed recipes with tips and techniques

The Marauder’s map from this blanket first made its appearance in the Harry Potter and The Prisoner of Azkaban and, since then, has become an instrumental tool in helping Harry Potter and his friend complete various quests and adventures throughout the series. The Marauder’s map was a magical map that revealed everything and everyone in Hogwarts School of Witchcraft and Wizardry even if they were using polyjuice potions or invisibility cloaks. The Marauder’s map did have some limitations like it did not reveal unplottable rooms like the room of requirement or the chamber of secrets. Harry Potter fans will want this Throw Blanket, especially those who are planning on a Harry Potter-themed bedroom or living room or study.

Create your own Harry Potter adventure with the CLUE: Harry Potter. The games take place in Hogwarts when one student mysteriously vanishes in the middle of the school year. Fans will be able to play as one of their favorite characters like Harry, Ron, Hermione, Ginny, Luna, and even Neville. Complete the quest by exploring Hogwarts around the board and solve the mystery by looking for clues and completing puzzles. The board game has a riveting storyline and awesome replay value making it one of the top Harry Potter gifts.

High-quality board materials for 30+ gameplay

Harry Potter fans will love a magical mug that magically changes when you pour hot beverages into it. The Harry Potter-themed mug is designed to mimic the design of the Marauder’s map. The Harry Potter mug is a great showpiece for your coffee table and will definitely get the attention of your house guests when it magically turns into Moony, Wormtail, Padfoot, and Prongs’ Marauder’s map. The morphing coffee mug is definitely a great Harry Potter gift idea and one which any fan of the franchise will truly appreciate.

Safe to use for hot or cold beverages

Made with high-quality materials

The Alex and Ani Harry Potter-themed bangle is the perfect accessory gift for Harry Potter fans. The bangle has a charm that is based on one of the popular locations in the Harry Potter fandom, the Platform 9 ¾ in London’s King Cross station. The charm is set in a beautiful pendant in two-tone gold and silver over an adjustable bracelet.

Those who remember fondly the amazing Hogwarts express cart that is filled to the brim with magical chocolates, candies, and delights will surely appreciate this food gift. This item includes several chocolates and sweets featured in the book and films like Jelly Gummy Candy Slugs, Bertie Botts Every Flavour Jelly Beans, and the Chocolate Crispy Frog. This is a great gift for Harry Potter fans, and a perfect item for Harry Potter themed parties. The Chocolate Crispy Frog even comes with a collectible wizard card similar to the one featured in Harry Potter and the Philosopher’s stone. It’s certainly the tastiest recommendation on the list today!

Kosher made in the USA

People who love building lego and people who also love Harry Potter will find common ground in the Lego Harry Potter and the Prisoner of Azkaban Knight Bus set. It’s a match made in heaven! Fans will be able to create great memories when assembling and playing with the Knight Bus. The Harry Potter lego set features accurate details like swinging chandeliers and beds. The set also includes Harry Potter and his luggage together with the bus driver Ernie Prang and the conductor Stan Shunpike. The three-level bus has 403 pieces with a removable room and side panel for easy access in the bus interior. It’s a fabulous gift idea for any devout Harry Potter fan in your life.

Knight Bus measures 6 in high, 6in ling and 2 in wide

Great for kids and adults ages 8 and above

Dobby the house-elf is one of the most well-loved characters in the Harry Potter series. Dobby was first introduced in Harry Potter and the Chamber of Secrets as one the Malfoy’s family house-elf. He was eventually freed from servitude when his owner Lucius Malfoy unknowingly gave him clothes that Harry Potter had secretly inserted. Dobby was instrumental in helping Harry Potter and his friends escape in The Deathly Hollows. Unfortunately, Dobby was killed by Bellatrix Lestrange. Thousands of fans mourn the passing of Dobby, and he is always remembered for his selfless sacrifice. The Noble Collection Dobby figure is a lifelike recreation of Dobby, which any Harry Potter fan will be happy to own. The 7-inch tall figure is perfect memorabilia from the Harry Potter series. Every home should have its own Dobby, don’t you agree?

Can be posed to desired positions

Calligraphy is the art of decorative and artistic handwriting. It can be a great stress-relieving and rewarding hobby that has risen in popularity over the years. The Harry Potter Novelty Pen is a perfect gift for Harry Potter fans who are budding calligraphers. The set includes six pens that are designed to be used as calligraphy pens or simply just for daily writing purposes. Harry Potter fans will appreciate the creatively designed pens that feature popular characters like Harry Potter, Hermione, Ron, Malfoy, and even Voldemort. What a wonderful creative gift and one that is bound to bring hours of satisfaction and good old fashioned enjoyment.

The Leado 32 oz/ 1 Liter Motivational Water Bottle is the perfect gift for Harry Potter fans on a mission to have a healthier lifestyle. It is the perfect water bottle for the gym, a short run in the park, and even in the office. Fans can proudly show their love for Harry Potter while they are working out in the gym. The Leado 32oz / 1 Liter water bottle even comes with a printed guide to help Harry Potter fans properly hydrate throughout the day. The Water bottle comes with a gift box the is perfect for all occasions from birthday, Christmas, Valentine’s day and other important occasions. Stay hydrated and show your love for everyone’s favorite child wizard in the making with this wonderful gift idea.

Motivational design with hydration trackers to keep your properly hydrated

Made of high quality 17 oz glass

Comes with dedicated easy to use application

Deluxe version comes with a tabletop tripod for your phone

If you know someone who collects Funko Pops and also loves Harry Potter, then the Funko Harry Potter POP! Movie Vinyl Collectors Set is the perfect gift. The popularity of pop vinyls has risen throughout the years due to its wide array of selection. Harry Potter fans will truly appreciate this magnificent gift. The Collector figures stand at 3.75 inches tall, perfect for display on your bookshelf or desks.

Each Funko Pop is individually packaged in its own box

Figures stand at 3.75 in tall perfect for your bookshelf or desks

Nothing sends a message like a gift that has an actual message from Harry Potter and the Chamber of Secret. The famous line “Master has given Dobby a sock, Dobby is Free” is a scene where Dobby the House Elf was accidentally freed from eternal servitude from the Malfoy Family because Harry Potter inserted a sock in a book that Lucius Malfoy gave to Dobby. The humble house-elf has garnered a strong following ever since his selfless sacrifice in the following movie, Harry Potter and The Deathly Hollows. Fans will truly appreciate these Dobby Socks as a homage to the heroic Elf that helped saved Harry Potter and his friends. Perfect as a birthday or Christmas gift.

One size fits all

The characters are knitted and not printed

The Harry Potter Fleece Hooded Bathrobe is the perfect gift you can give to Harry Potter fans, and it is also available in all house colors like Gryffindor, Hufflepuff, Ravenclaw, and Slytherin. Even if you are unsure of what to pick, there is also the Hogwarts design the encompasses all the coat of arms of each house. Fans will surely appreciate the unique styling for each house like red for Gryffindor, yellow for Hufflepuff, blue for Ravenclaw, and green for Slytherin. The Fleeced Hooded robe is one of the recommended gifts for Harry Potter fans. All you need to decide is which house you want to belong to!

One size fits all

Made with high quality 100% polyester

Quidditch is one of the most popular wizarding sports in Harry Potter, and it comes as no surprise that Harry Potter fans will appreciate anything about the Quidditch. The game of Quidditch plays an important role in the book, and in the films and characters like Harry Potter, Ron Weasley, and Draco Malfoy clash in order to win the prestigious Hogwarts Quidditch Cup. The Hogwarts students battle it out in the Quidditch field on which, each team must try and score the most points by scoring goals using the Quaffle and ultimately ending the game by catching the Golden Snitch. The Harry Potter Gold Snitch Pewter Key Ring will definitely be appreciated by Harry Potter fans. With its finely cast features and intricate details, Harry Potter Gold Snitch Pewter Key Ring is an excellent Harry Potter gift idea. We only wish that Quidditch was on the sport curriculum when we were at school!

Includes a keychain and keyring

The quill and parchment are heavily used and emphasized in the wizarding world, and it is only natural that Harry Potter fans would like to experience using the real thing. The Ecvision Antique Dip Feather Pen Set is the perfect gift for Harry Potter fans would truly like to use and experience. Writing using quill feather and nibs are completely different from a regular writing pen for work, so the new experience is spellbinding. The calligraphy set is also perfect for fans who want to learn the art of calligraphy.

Unique Quill in every set packaged in a detailed gift box

The set comes with a feather with nib, 15ml of ink and