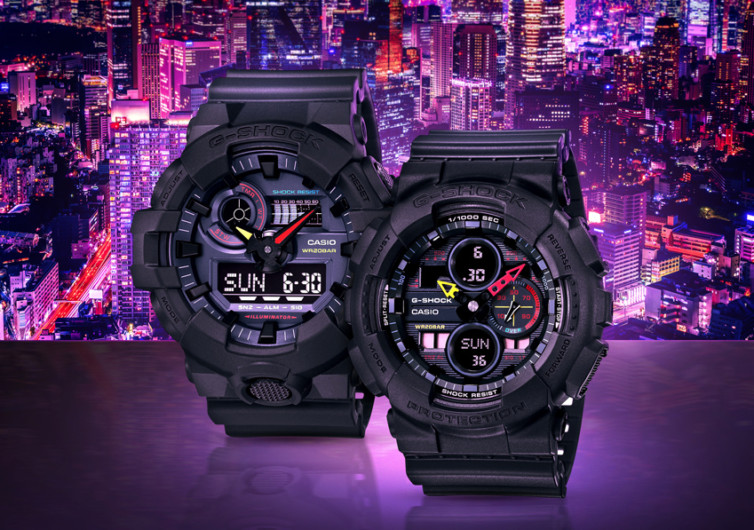 When it comes to wristwatches for the toughest jobs, very few can outclass a G-Shock. Casio’s latest offering, the Neo Tokyo Series, is not only tough. It is also the brand’s tribute to the 1980s classic anime films. The all-new, shock-resistant timepieces feature design elements that represent the colors of futuristic metropolises in anime films.

Casio blacked-out the bezels of its new Neo Tokyo series to mimic the night sky of an ultra-modern metropolis. Dial accents come in blue, red, and yellow to represent the glittering nightlife of the city. Wearing any of the four models of the Neo Tokyo series is like reliving some of the scenes from your favorite anime film of the 80s.

The new timepieces feature the updated styles of the GAS100, the GA700, the GA140, and the DW6900. These are G-Shocks that have proven their worth in a world that is filled with G-Shock-wannabes. The GAS100 update, for example, now comes with an innovative Tough Solar self-charging capabilities. It no longer relies on the input of the wearer to keep it running.

The GGB100, on the other hand, feature military-themed colorways. There is black for a stealthy appeal, green for the infantryman, and orange for the auxiliary. This model also features a cylindrical button structure. Its MUDMASTER technology helps prevent moisture and debris ingress.

All Neo Tokyo timepieces come with a case back made of a dual layer of fine resin and stainless steel. The design keeps the wristwatch airtight, while giving the wearer a more comfortable feel. The design element also helps improve the shock resistance that is the signature characteristic of the brand.

True to its philosophy, Casio designed the Neo Tokyo to be able to stand up to any activity that you engage in. This is also a timepiece that can bring nostalgic memories of the 80s.