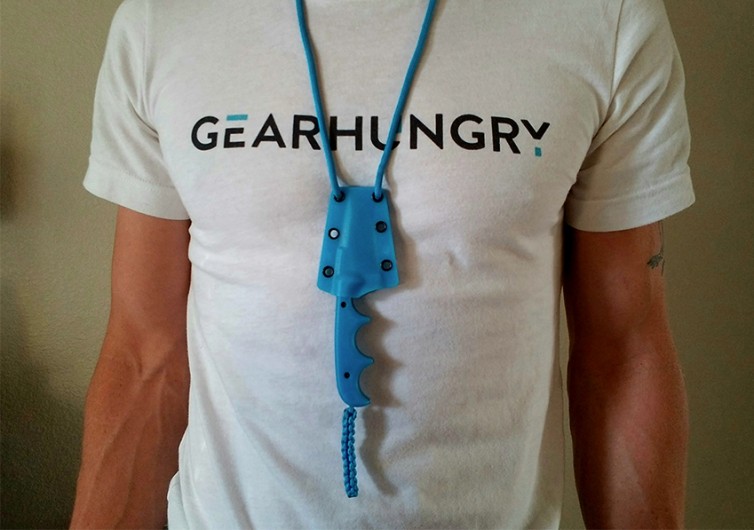 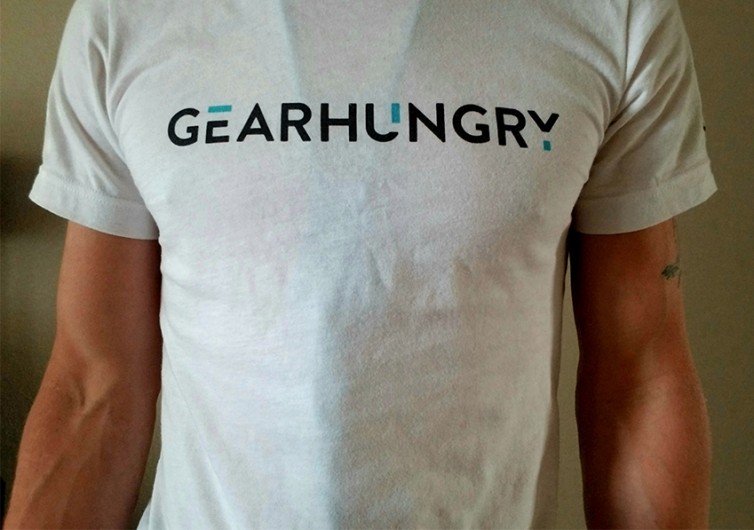 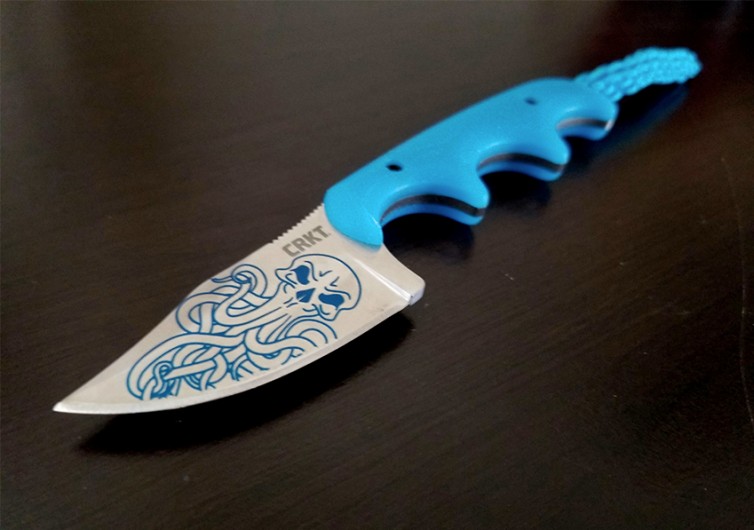 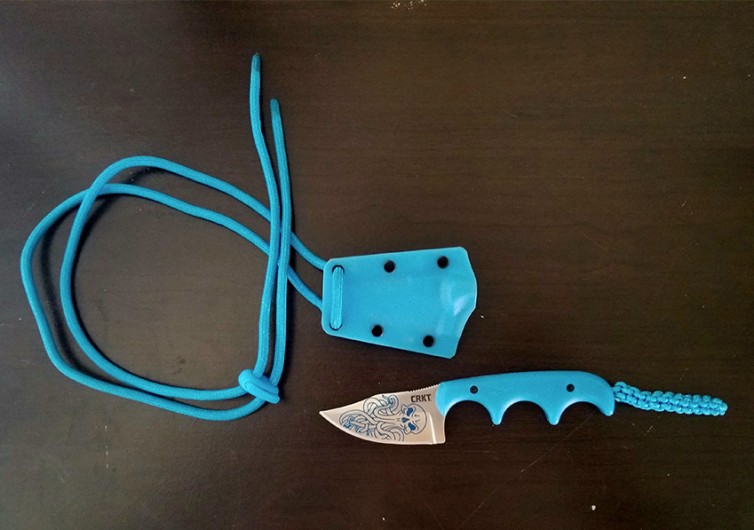 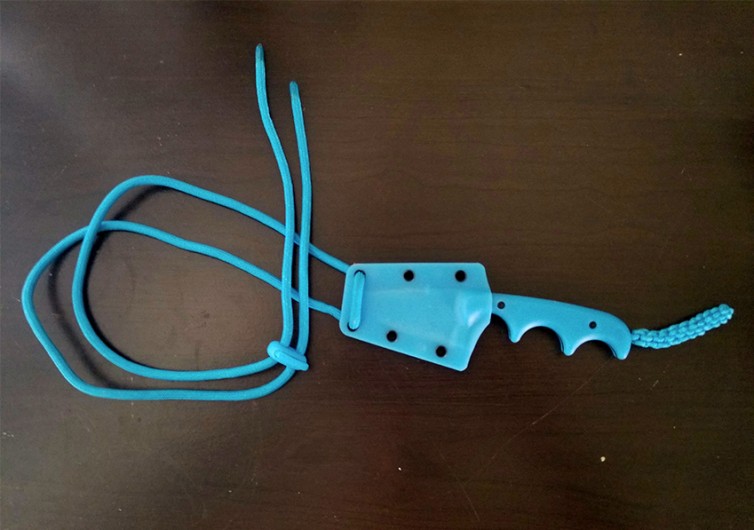 By Sam Anderson
Last Updated March 23, 2021
Sam Anderson
Sam Anderson has followed a passion for well-told stories and nature's beauty from university classrooms to mountain adventures. After earning a bachelor's degree in literature, he leaned into a life fueled by road tripping, rock climbing, coffee and beer, and renegade camping. He has worked as a chainsaw operator, house carpenter, and window cleaner, at one point running his own window cleaning business. He has finally settled with his girlfriend and small zoo in the western American desert, trading his tool belt for a keyboard.
Learn about The Gearhungry's Editorial Process
GearHungry may earn a small commission from affiliate links in this article. Learn more

A good neck knife needs to display two distinct qualities: it should be easy to carry and highly useful. After a lot of experience with EDC knives that sacrifice one of the two, I tested the CRKT Minimalist Bowie neck knife, which checked both boxes and more. I found the lightweight knife versatile and easy to maintain, and its features made practical sense.

It’s easy to get lost in the EDC knife jungle. At one end of the spectrum, there’s a Swiss Army knife floating around in your pocket that you never use; at the other, you’re cutting down trees and opening safes with a KA-BAR, but everyone’s looking at you like you’re Crocodile Dundee.

Definition and Specs: What and How?

A neck knife is a fixed blade knife, often small and worn around the neck on a cord attached to the sheath. The best neck knives conceal easily under a shirt (check the laws in your local area here before you wear one!) and draw quickly for any EDC, tactical, or self-defense purpose.

The CRKT Minimalist Bowie meets the requirements. It’s small, at 5.13 inches long, and light at 2.1 ounces (sheath included). It’s also very flat. I found that unless my shirt was super tight (pictured; my work T-shirts came in something of a “smedium”), the knife was undetectable.

The 2.13-inch blade was just long enough to be useful. It easily handled light-duty EDC tasks like opening packages but also worked for batoning wood and opening bottles. Because of its short length, drawing it from under my shirt felt reasonably safe (this is actually an issue: practice drawing your neck knife until you’re confident with it. It’s easy to cut yourself or your shirt, especially if you’re in a hurry to draw).

The full tang blade is dressed with textured thermoplastic handle scales. The riveted sheath is molded from the same material. The plastic was grippy without feeling abrasive, which helped it wear comfortably against bare skin. The 550-cord lanyard with spring stop adjustment had the same effect.

Wearing a neck knife took some getting used to. So did wearing a baby blue one with a garish sci-fi illustration on the blade. I tested the “Cthulhu” variant of the CRKT Minimalist Bowie, which looks a little more flashy than my personal knife taste usually allows. (If you’re not into the flair, CRKT makes the Minimalist Bowie in more discreet finishes.) However, there’s substance behind the style: the Cthulhu glows in the dark (much like one would imagine a half-human/half-squid, outer-space/underwater alien would)! Maybe it’s kitsch; maybe it’s function — that’s up to you. I thought the feature was cool, and it could potentially be useful in a dark tent or campsite.

It also had zero effect on the knife’s outstanding performance. Carrying the CRKT was easy — I would often forget I was wearing it until I needed it — so I had many chances to test it. After pushing it to the upper limits of neck knife duty (wood splitting, bottle opening, rope cutting), the 5Cr15MoV (mid-grade Chinese) steel edge had barely dulled.

Because of its reasonable price, I felt fine putting it through the kitchen sharpener, which did the job. After sharpening, the knife again cut free-hanging paper without ripping it.

I will eventually take a stone to the CRKT Minimalist Bowie, a) because it might as well be razor-sharp and b) because the tip is still a bit blunted (common in a Bowie knife made of softer steel).

But after over a month of EDC use, I have no complaints about the CRKT Minimalist Bowie neck knife.

At MSRP $40 (street price $28), the CRKT Minimalist Bowie neck knife is a quality EDC purchase. It’s comfortable to carry, versatile, and easy to care for. Its short-but-not-too-short blade makes it easy to draw and use, which are important parameters for tactical applications. Finally, its low profile and small footprint help it conceal easily beneath clothing. I plan to keep the knife in my everyday kit — up to and including the arrival of our cephalopod alien overlords.

Accessorize Tactically With The Best Neck Knives Of 2022

by GearHungry Staff
Last updated: January 9, 2020
Sign Up Now
GET THE VERY BEST OF GEARHUNGRY STRAIGHT TO YOUR INBOX