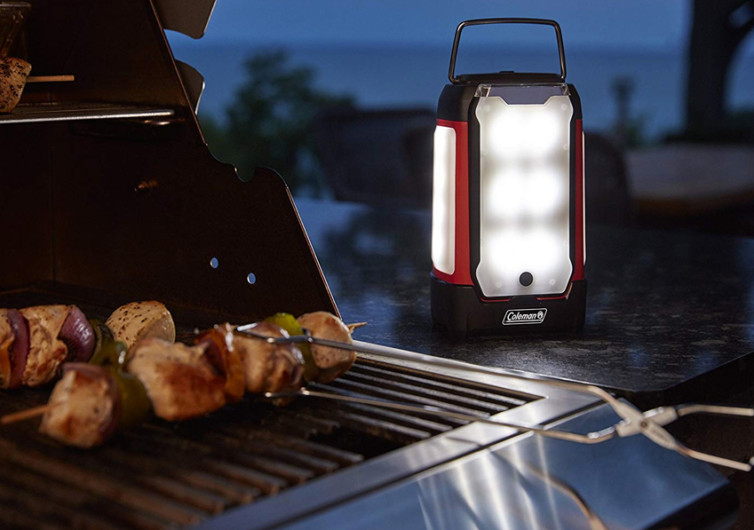 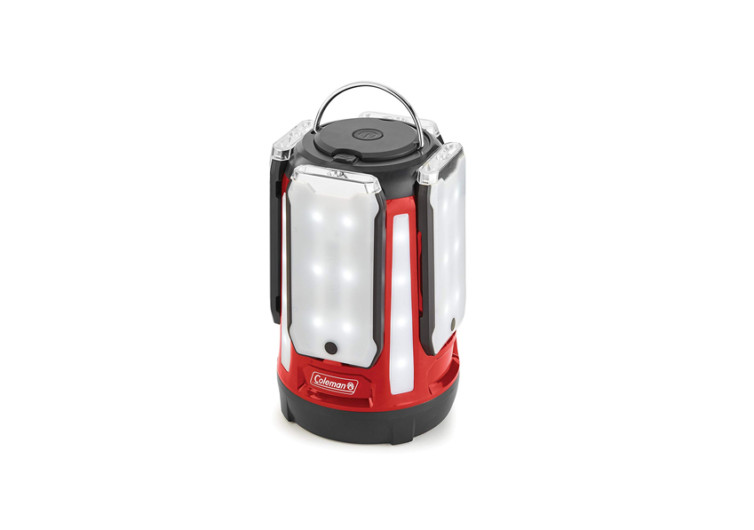 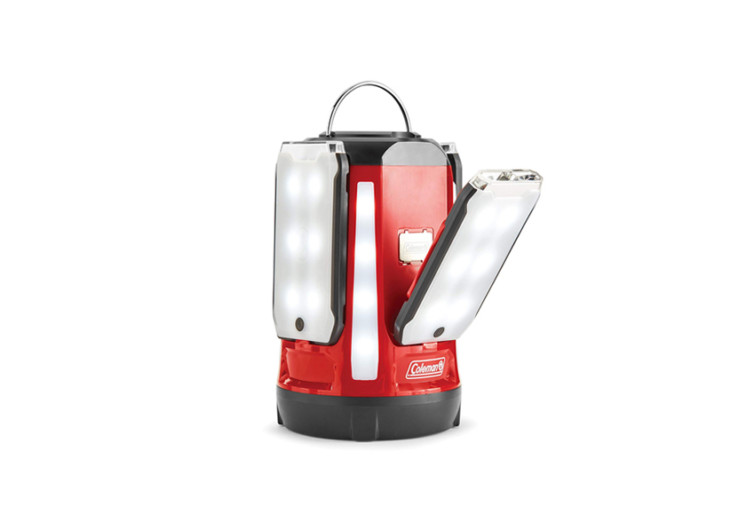 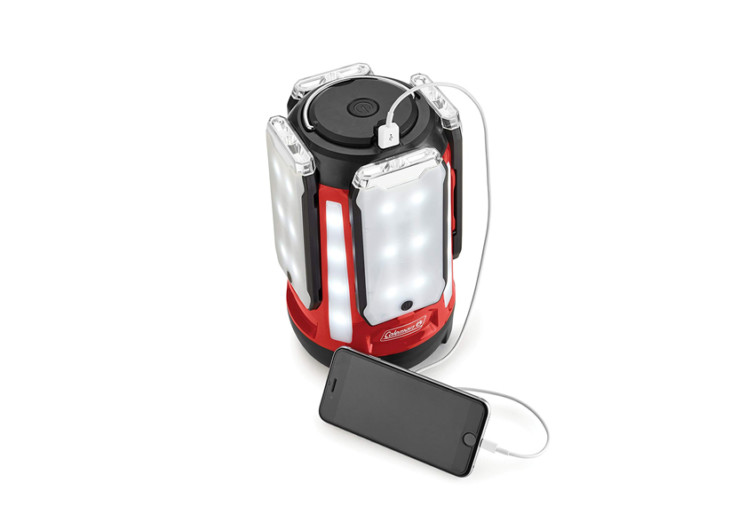 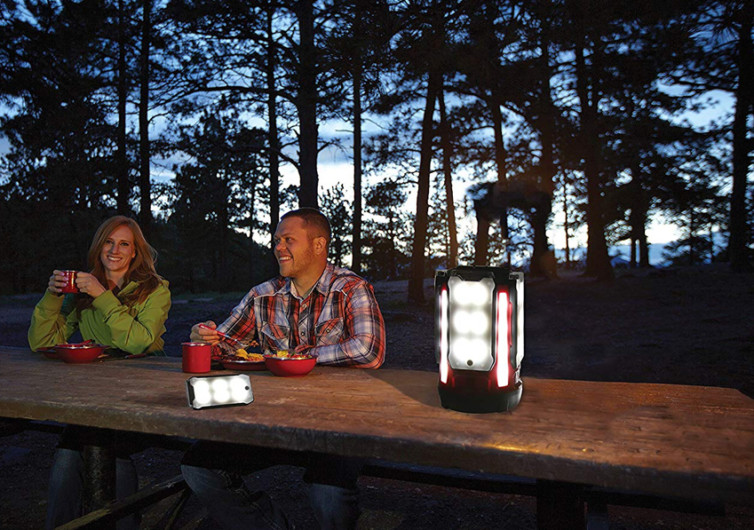 Don’t expect the Quad Pro to follow the traditional route, however. Instead of going for a cylindrical housing for its lighting fixture, Coleman opted for a square or boxy design. This gives you illumination in four quadrants that can still mimic the 360-degree illumination of conventional camping lanterns.

But there is a good reason why Coleman opted for a 4-sided design approach instead of circular. Each of these LED panels is detachable from its base. As such, the camping lantern can transform into four different LED flashlights. Each panel provides luminous power of up to 200 lumens, bringing the combined total to 800 lumens. The lantern provides a beam distance of about 18 meters or 59 feet. It’s powerful enough to illuminate the base camp in all directions.

The individual LED light panels also feature its own kickstand. This gives it versatility when propping on any surface. The best part is that the back of these panels is also magnetized. As long as you have a non-painted metal surface around, you can attach the Coleman for instant illumination.

The base of the Quad Pro 800L runs on 8 pieces of D-sized batteries. The top comes with a USB port for powering up your compatible devices. When set to low illumination settings, the battery can last about 400 hours. Set it high and you will only be able to use the Quad Pro for around 20 hours.

The Coleman Quad Pro 800L is a great alternative to propane lanterns. It’s safe and very versatile, too.