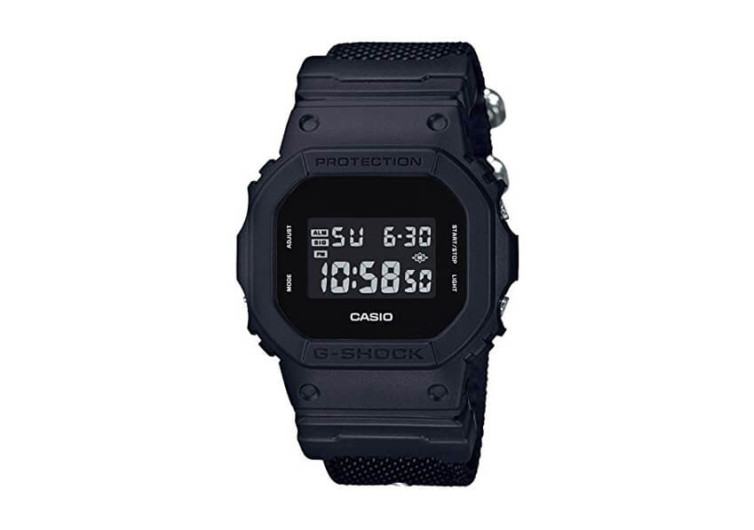 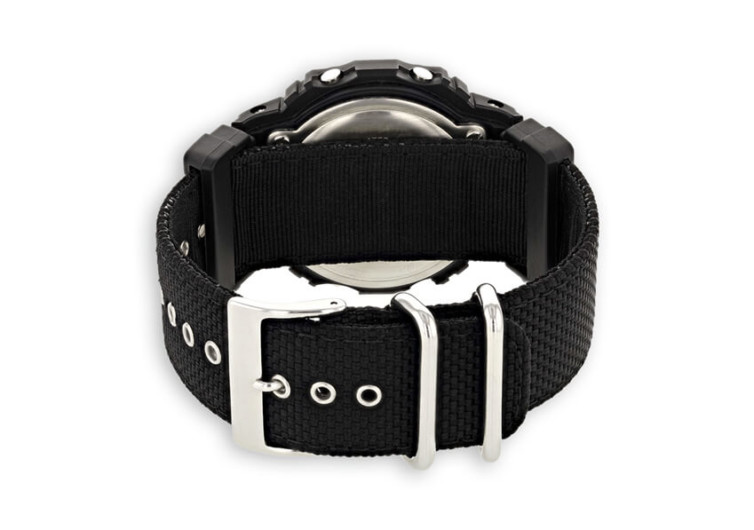 This timepiece from Japanese watchmaker Casio is very much unlike the beefy G-Shocks that we are accustomed to wearing. It doesn’t have the dual analog and digital timekeeping dials that G-Shocks are known for. Instead, the G-Shock Military Black looks more like the digital watches of the brand of the 19th century. But make no mistake. The Military Black is still the same G-Shock that members of the military elite use because of its toughness and reliable timekeeping.

This timepiece draws its inspiration from the military, especially those in special operations units where the ability to maintain stealth is the name of the game. As such, the face on the Military Black has been blacked-out while the display comes in stealthy yet elegant reverse LCD. It’s the kind of watch that will never stand out when worn in a crowd, yet for those who know better, it’s the only timepiece that is fit for the toughest jobs.

Casio ditched the typical nylon material for the band opting instead for the Cordura fabric-made tactical nylon band. Stainless steel hole keepers and rings are embedded into the nylon band, substantially improving its overall durability and strength. Just like the timepieces that members of elite forces use, the Military Black makes for a great watch for those engaged in extreme sports and adventures. Its extra-rugged bands can withstand whatever kind of adventure one may have in mind.

The 42mm square case and all-black design of the G-Shock Military Black also gives it a more conservative look than the round-shaped case of other G-Shock watches. It should easily pair with your formal evening wear while getting you ready for the next phase of the action.

Not everyone gets to wear the G-Shock Military Black, though. But for those who do, it’s a venerable timepiece that won’t let you down.