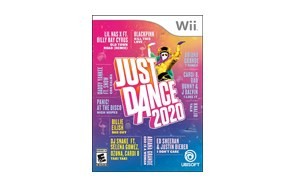 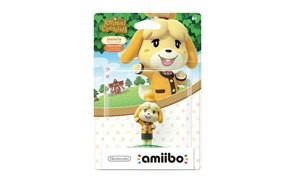 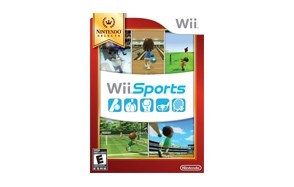 This product guide was written by GearHungry Staff
Published 09:00 am
Contents

The Nintendo Wii is so famous around the globe that few video game consoles can stir up as much buzz as it does.

Nintendo, a gaming guru, started plans to revolutionize the gaming industry years before motion-tracking software was considered commonplace, and lazy shovelware popping up left and right. They changed the scope with the introduction of Nintendo Wii, software codenamed “Revolution,” before its launch.

With two major control schemes, namely the Wiimote and Nunchuk, Nintendo Wii capitalized on standard game titles like “Dance Dance Revolution” to allow all players to experience a new and radical paradigm. Throughout its several iterations, Nintendo Wii still acts as a home to a unique core set of games, despite the absence of quality third-party support.

This guide aims to zero-in on the best Wii video games in existence by taking into consideration their features and what makes them stand out from the rest.

Without further ado, we start with the Just Dance 2020, the standard Nintendo Wii Standard Edition. This game is a classic by all accounts, put together with one principal aim, which is to get all players active and engaged without pause. There isn’t much involved when playing this video game once you have your controller in hand and your heart ready for movement. What’s more, the Just Dance 2020 is a simple yet highly engaging game that features a series of controls and gaming elements that offer you the best and most tremendous gaming experience you could hope to have.

This dancing game comes with a wide range of music, adding up to over 40 different tracks for your dancing pleasure. Included in this list are 40 new songs, such as classic hits like “Old Town Road” by Billy Ray Cyrus and Lil Nas. The songs are fresh, trendy, and familiar to allow people from all walks of life to have a great time. They’re even made suitable for a wide range of players, with a special kids’ mode built to suit younger players. And with the kids’ mode, there are eight new songs, each of which is exceptionally kid-friendly. Furthermore, these upbeat tunes offer a fun experience for you and your little one.

Create new high scores, and then play with friends to beat those top scores together. There’s enough fun for everyone with the Just Dance Wii game. Every song comes with a new universe that makes your overall experience more memorable and addictive. If you want to listen to the Just Dance playlist without playing the game, find it on Amazon Music Unlimited, and keep the party going for hours.

For more fun games like this, check out our guide to the best Play Station 4 video games.

Super Smash Bros. introduced their third game installment and an even more exciting game to their fight franchise. Make way for the Super Smash Bros. Brawl, the best fighting game designed for your enjoyment. Re-testing and tweaking by Nintendo over the years have ensured that this game has kept the thrill alive. This game is extraordinary by design and features all your favorite Smash Bros. characters in updated costumes and models. You can bring these characters onto your screen once again and fight with as many as you want.

You get to fight with the likes of Pit, Sonic, Diddy Kong, and Wario, among others. This host of new characters is enough to keep you and your little one busy for the longest time. Even better, these games have more than a dozen gorgeously-rendered stages, imbuing each character with additional attacks and moves. One significant and new move we like is the “Final Smash,” which can make or break your character.

The Smash Bros. Brawl is truly a brawl for the ages and a magnificent one at that.

Additionally, this Nintendo Wii game embraces the history of all Nintendo characters and brings them onto one screen in the most terrific way. It is an action-packed game that allows characters to square off in famous locales, where the results can be anything. With over a million ways to customize your character, Smash Bros. is a fantastic, imaginative tool.

You may also like some of the best Nintendo Switch video games from our list, so be sure to check them out.

Go on a vacation, where the sun is out, and the weather is always beautiful. Where the breeze is everlasting, and the clouds never frown. Go on a holiday, in the comfort of your home, with help from Go Vacation, on the Nintendo Wii. This game offers the perfect vacation spot for both yourself and your family. Welcome, everyone, to Kawaii island. This island is the most beautiful, according to countless gamers, with over four different and equally unique resorts where fun is only a call away. Each resort houses dozens of activities for the whole family, leaving no one behind.

Up to four different players can play Go Vacation. This game is ideal for the whole family and allows you to have fun both competitively and cooperatively. All activities on the island total to about 100, meaning that the fun never ends! Some of the games featured on Go Vacation beckon upon some of the Wii’s best accessories: the Wii Zapper, Wii Motion Plus, and the Wii Balance Board.

With this game, you get to go on the best Vacation ever, without lifting a finger. Also, you will enjoy the fun and relaxation that comes with each holiday without all the planning stress.

You can further explore the beauty of the island, snap and send photos to your loved ones, and enjoy the serene island life. No doubt, Go Vacation is the ultimate destination for all. It’s a jam-packed environment where everyone gets to have a slice of paradise.

Fun for up to 4 players

Many Ways to Play

What is Wii Party? Nintendo Wii launched this party game a year ago, and it has since become one of the most sought-after games in the world. Wii Party is an interactive boardgame matrix that offers over 70 games in all. This game involves everything from rolling dice to moving across the board.

Wii Party has over 13 different party game modes, each one tailored to suit your varying needs while taking the fun to the next level. Say goodbye to cutting-edge technology for one night and say hello to this ultimate family-time board game. It uses the Wii remote to allow all players to interact with each other in the real world. In some games, the Wii controller gets passed from player to player like a time bomb. Other times, players are to hunt for hidden controllers.

No doubt, the variety of games ensures that there’s enough fun for everyone.

One of the best games in this collection includes Animal Tracker, where each controller emits a different animal sound. The first to grab the controller making the sound of an animal shown on the T.V. is declared the winner. There is also Hide and Seek, where one player hides all the controllers away from the other players, giving them a fixed amount of time to find all of them. There’s nearly no limit to the games you can play with the Nintendo Wii Party.

Meet Amiibo, a beautiful Nintendo character designed with compatibility for as many games as possible. You will love the connectivity and interaction that Amiibo comes with, even after a single playing session. The Nintendo Isabelle Winter Outfit Amiibo is part of the Nintendo Wii U rendition.

This game opens every player to a range of gaming experiences. What else does Amiibo do? Well, it stores all your game points in data format and allows you to move onto higher, more difficult levels with each game. This intergame feature is recommended for players ages six and above.

You may also be interested in some of the best PC game controller from our list, so be sure to check them out.

Your amiibo stores data in real-time

Nintendo Selects is a branch of Nintendo that takes your gaming to higher levels. Experts and fellow game-lovers rave about its intensity and adventure-packed games. Our editorial team couldn’t help but recommend it. Say goodbye to boring games that drag on forever, and hello to this fantastic Wii Sports. Everyone can play this multi-sport simulation like a pro.

At the simple push of a button, you get to transform your Wii controller into a tennis racket, baseball hat, boxing glove, and even a golf club! The Wii Sports game styles and characters are easy to customize. There are over 12 training modes for those who want a little practice. With these training sessions, you can sharpen your skills and then shoot for a high score.

Also, to compete with the computer or other players, you only need to use the Nunchuk or Wiimote to participate. No doubt, the process of joining and playing games is so straightforward and time-efficient, you’ll wonder why you didn’t start earlier. Wii Sports also offers some surprising classics like Tetris, Grand Theft Auto, and Minecraft.

Mario! This man is a legend in the gaming world. With endless races and unique cars to choose from, it comes as no surprise that Nintendo Wii has the Wii Mario Kart as a part of its treasure trove. This game is the World Edition, and as such, it comes with universal characters and elements that allow players from across the globe have tons of fun.

This game offers you new and different ways to play. Seasoned Nintendo personnel created, tested, and distributed this gem. Every game and race is a memorable experience, with no region restrictions for better enjoyment.

Players can make use of two major modes: skill-based missions and the glorious Grand Prix. Race the track with your favorite cart, or choose from the new range of motorbikes and vehicles.

For easy controls and smooth steering, buy a Wii Wheel.

Our guide to the best Nintendo Switch accessories features some fantastic products gamers will love, so check them out.

Plays on all U.S. Wii systems.

If you like using the Wiimote, give Wii Sports Resort a chance. Of all the sporting games out there, Wii Sports Resort is the Nintendo Wii game that mimics your actual efforts. It does all this and leaves you sweaty and fulfilled, just as you would feel after an intense workout.

With Wii Sports Resort, you have fun, inclusive, and intuitive controls that allow you to immerse yourself in a broad range of sporting activities. It uses the Wii MotionPlus, which offers impressive control enhancement. Furthermore, it will enable all Wii veterans and newcomers to feel at home as they play with water scooters, throw frisbees, or duel with swords.

And for more cool games like this, check out our guide to the best Xbox 360 video game.

Games use both the Wii mote and Nunchuk

Super Mario is back to make all our game dreams a reality! There’s no denying that we all love this Nintendo classic. With the Nintendo Wii, you get to relive all your favorite Mario moments with amped-up graphics. Say hello to the New Super Mario Bros., a Wii spectacular, and perhaps the best Nintendo Wii game yet. This game allows you to play with and against people thanks to its special cooperative and competitive features, designed by fellow game-lovers.

Trust that no matter your mood, Super Mario Bros. is here to keep you happy, engaged, and addicted to your Nintendo Wii.

For more cool products for gamers, check out our guide to the top consoles.

New items include the propeller suit