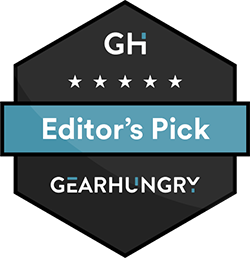 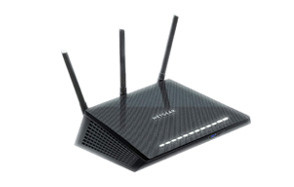 Your guide to this review today is by product expert Jordan Carter
Published 12:32 pm
Contents

There are times when you need to create a virtual private network. Whether you’re a gamer, someone who works with sensitive information, or you just want to beef up your online security, you’ll need to invest in a VPN router. Depending on your needs, the price of VPN routers can vary, which is why we’ve included five different ones. We’ve searched the internet for the best VPN router, and these are our favorites.

The first VPN router on our list is the popular NetGear R6700 Nighthawk AC1750. It’s well known in the industry as being probably the best VPN router for large homes that don’t want to spend hundreds of dollars. The reason it’s so effective for home use is that it has a 1GHz Dual Core Processor that is designed to handle more than 12 separate devices with Wi-Fi connection. Any modern parent will know how useful this will be when you’ve got kids upstairs playing on tablets and games consoles, and you want to connect to the internet downstairs.

It can handle up to 450 Mbps on the 2.4GHz frequency band and up to 1300 on 5GHz. Whilst this isn’t the best-in-class speed, it’s ample for home use. Other advantages of this VPN wireless router include larger and thicker antennas than its predecessor, which increases the range of the connection and also reduces dead spots around the house.

It’s clear to see that this VPN router is designed for gaming and streaming videos. The bandwidth is prioritized for this use and you can get the fasted Wi-Fi speeds currently available. Serious gamers might want more versatility from their VPN router, but for family use, this is ideal. Not only can everyone connect at the same time, but your family will also be safe from phishing and malware.

We also really like the design of this router. Not only does it look great, but it also has a very wide and sturdy base that stops it from getting knocked over. On the base, they’ve even included a rubber mat, so it doesn’t slip on smooth surfaces.

Some reports of connection dropping.

The Linksys WRT AC3200 Dual-Band Open Source Router is a big step up from the first VPN router we featured. Before we launch into the good things about this router, we’ll cover a few problems first. A lot of people have a problem with the design of the console, complaining that it looks a decade out of date. We’d agree that it isn’t the most modern looking router, but it could turn some people off. The other main complaint is that the 2.4GHz speeds aren’t that impressive, considering the price.

Now, onto the good bits. Firstly, this router is famed for having extremely fast 5GHz speeds. If you already have a fast internet connection and you want to make the most out of it, this VPN router can definitely handle it. The other main benefit is the speed at which it can transfer files.

It also has MU-MIMO (Multi-User Multiple Input Multiple Output) technologies. If you’re not familiar with this, it basically means that you can connect multiple devices to the internet at the same speed. Unlike older routers, the speed of your connection isn’t affected by how many devices are connected.

Something else that repeatedly crops up in positive reviews of this product is the fact that you can install third-party firmware. This might not be a huge benefit to your average user, it will be a huge selling point for tech geeks that are looking for a VPN connection that is completely customizable. In summary, we wouldn’t necessarily recommend this VPN router for people that are looking for a simple way to create a virtual private network. But if you know what you’re doing, it’s really impressive. For more high-quality products like this, check out our guide to the best thunderbolt 3 docks.

MU-MIMO is useful for households with multiple devices.

If you’re looking for something a bit more budget-friendly, you should consider the TP-Link AC1750 Smart WiFi Router. It’s considerably cheaper than the VPN routers we’ve looked at so far, but you can expect a drop in quality as well. The reason we decided to include in on our list is that it’s reasonably priced for an AC1750 router that delivers this kind of performance. As is the case with the cheapest routers, it delivers impressive close-range performance. When you’re in the room with it, you should have no problem achieving the 450mbps – 1300Mbps speeds that it’s capable of. And it can be boosted to 1750Mbps. However, the connection is pretty spotty at long range and you can expect some dead spots in rooms away from the router. The other main downside is that the file transfer speed is really poor, because of the fact that it’s still sporting USB 2.0 technology.

But, it’s not all bad news. It has four LAN ports, which means you have fast access on up to four wired devices. This makes it an absolutely ideal option for a couple or small family that don’t need the reliable connectivity of an MU-MIMO enabled router. It’s also really easy to install, which makes a nice change from some of the more expensive VPN routers. If you’re serious about your connection speeds and you’ve got lots of devices, this router probably isn’t going to cut it. But for small households it’s perfect. To always have perfect signal in your home, check out our top picks of the best wifi extenders.

It’s easy to set up.

The TP-Link AC1200 Smart Wi-Fi Router is the cheapest VPN router for home use on our list. At less than $50, it’s almost certainly one of the cheapest on the market as well. Admittedly, it’s an entry-level AC1200 router, but don’t let that put you off because it’s perfect for small houses and apartments. If you’re looking for a VPN router that can confidently cover a large house, look away now.

Due to the fact that it’s an entry-level router, it’s very light on added features. But it has two things that we really like. First, it’s got four LAN ports, so if you can have it next to your main devices you can get guaranteed high speeds at all times. And the second thing we like is the fact that it has MU-MIMO technology. That means the rest of your devices can enjoy the same speed, without being affected by how many devices are connected. For a router with built-in VPN at this price range, this is an impressive feature. Of course, because this router is designed primarily for apartments, it’s not very effective at long range.

One of the main reasons we’ve included this router is that it’s super easy to set up. It’s not designed for tech-savvy people, which is why an easy set-up is essential. Plus, if you get stuck, TP-link offers 24/7 support. Be sure to also check out our guide to the best network storage devices for more amazing products like this.

Super easy to set up.

Can be controlled via a smartphone app.

The Asus Gaming Router is all about speed. It’s a high-end router AC5300 router that is a noticeable step up from anything we’ve featured so far – but that step up is accompanied by a big step up in price. However, if you’re serious about fast and secure internet, you definitely won’t be disappointed by this router. One of the best things about this type of router is the fact that the performance is just as good, or better, at long ranges. Gone are the days where you have to sit right next to the router to get optimal performance.

The reason for this incredible performance is the fact that it has tri-band Wi-Fi (dual 5 GHz, single 2.4 GHz). That means it can achieve a maximum speed of 5334 Mbps and has a coverage of 5,000 square meters. Basically, it’s an absolute monster. It’s powered by a 1.8GHz 64bit Quad-Core processor, which maximizes the data throughput.

We could talk for hours about the performance of this gaming router and it never ceases to amaze. One thing that seems to polarize opinions about it is the way it looks. To gamers, it fits in with their large and powerful gaming systems. But to your average user, it stands out a bit. It’s by far the biggest router on this list and has eight massive antennas sticking out of the base. We could go on about the features, but instead, we’ll just say that this router will forever change your experience as a gamer. The performance is unrivaled. However, if you’re just looking for a VPN router for normal household devices, it’s probably overkill.

Works even better at long range – perfect for large houses.

It’s a lot of money for a VPN router.

How We Chose Our Selection Of VPN Routers

Brand – There are a few very well-known brands in this industry, such as NetGear and TP-Link. However, when we’re choosing products for our Buying Guides, we look past the brand name and look deeper into the features and quality of the product.

Reviews – It doesn’t matter what product we’re writing about; we always check out customer reviews. They are a fantastic way of finding out how a product works in the real world. For example, with VPN routers, they all work in a perfect environment. But when you get them home, there are all sorts of variables to take into consideration.

Price – Not everyone has the same budget when it comes to creating a virtual private network. The amount of money you need to spend on a VPN router depends on your online security needs. For example, gamers might want more power and versatility than a normal internet user.

Features To Look For In A VPN Router

Security – Security is paramount to anyone looking into buying a VPN router. Creating a VPN allows users to send and share information as if their computers were connected were directly connected to a private network. It makes your computer less vulnerable to ransomware attacks, keeps your data encrypted, and hides your activity.

Software – In addition to a VPN router, you will need some VPN software to create the network. Most of the VPN routers on this list comes with corresponding software from a VPN service provider.

Wireless Standard – This relates to a set of standards created in the 1990s and constantly being updated. Make sure that the VPN router you choose corresponds with the appropriate wireless standards.

Band Amount – in wireless networks, the band relates to the range and speed of the connection. The higher the band, the faster and further the connection can reach.

MIMO – MIMO (Multiple inputs, multiple output) means you can have high-speed access on multiple devices at the same time.