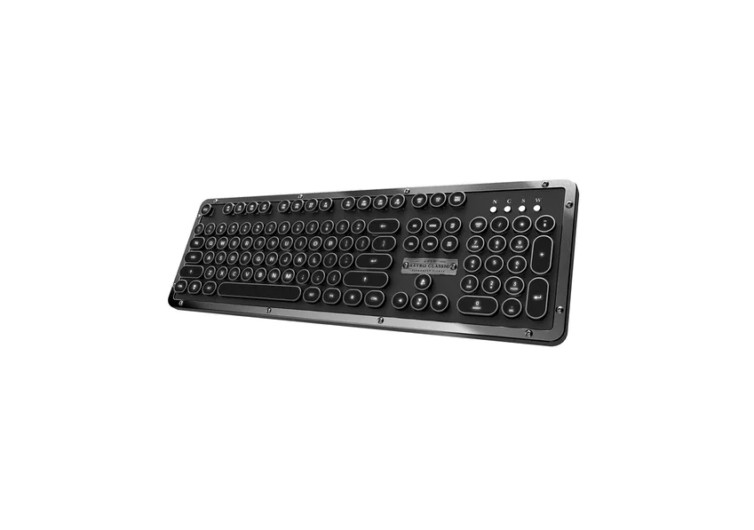 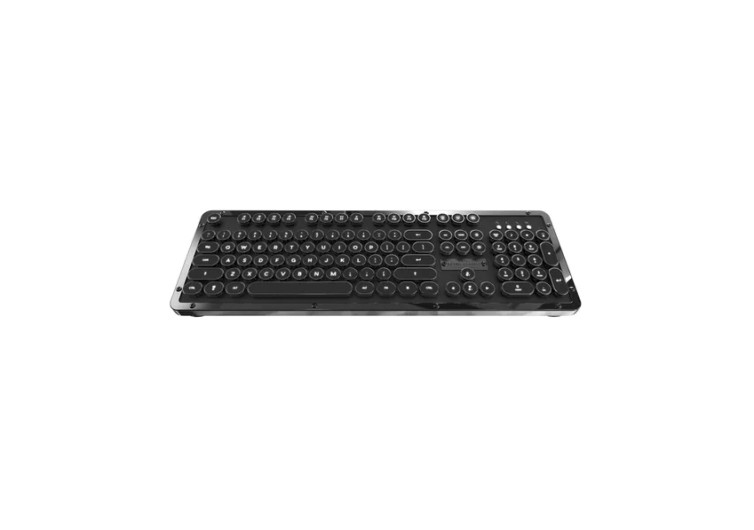 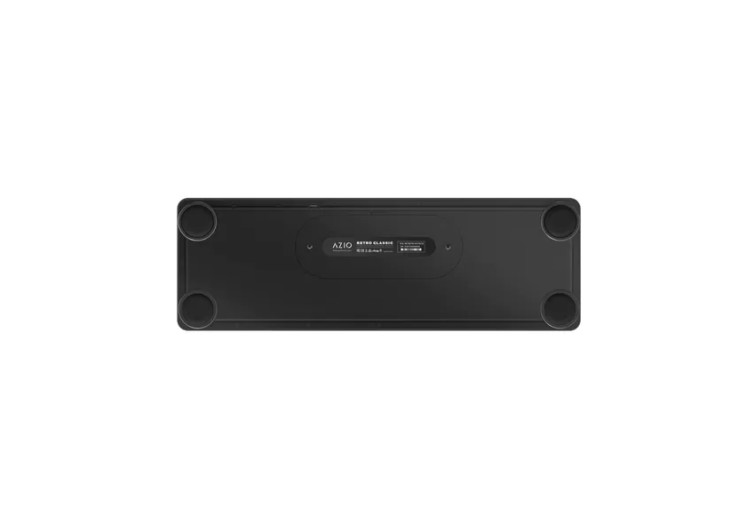 A lot of folks take for granted the keyboard especially now that almost everything comes with a touchscreen interface. But for those who are quite familiar with the Underwood No. 5 of the early 20th century or even the 1873 Scholes and Glidden typewriter with its iconic round-shaped keys, they’d definitely fall in love with the Azio Retro Classic. It’s a blast from the past but beefed up with 21st century Bluetooth keyboard technology.

With zinc-aluminum alloy providing the backbone for the various hardware components, complete with an elegant black chrome-plating, the Azio Retro Classic is nothing less than a wonderful tool for reminding you of the humble beginnings of the now-ubiquitous computer keyboard. The frame and chassis are bolted to each with hex bolts providing a visual element you don’t necessarily get with conventional desktop keyboards.

But the real gem in the Azio is its set of keys that draw their inspiration from the typewriters of the middle to late 19th century, especially the Scholes and Glidden. Typewriters of the 20th century had more squarish keys rather than round, making the Azio keys remarkably fun to touch and type. Each key comes with a LED backlight, providing a visual spectacle reminiscent of gaming keyboards. Each key also comes with custom-designed and finely-tuned mechanical switches to give you a tactile feel that is enough to send you back to a long-gone era. It’s never too loud, though unlike the vintage typewriters that emit their classic clicks and ticks with each keystroke. A brushed anodized aluminum completes the Azio as its custom logo plate.

Fully compatible with PC and Mac computers, the Azio Retro Classic can be connected via Bluetooth or its accompanying USB cable. However you get it connected, it’s the unique look and feel of its vintage-style typewriter keys that will have you nostalgic.