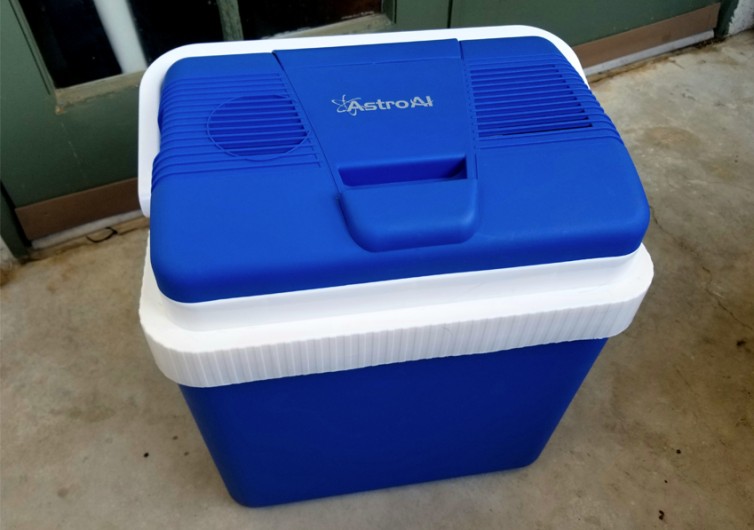 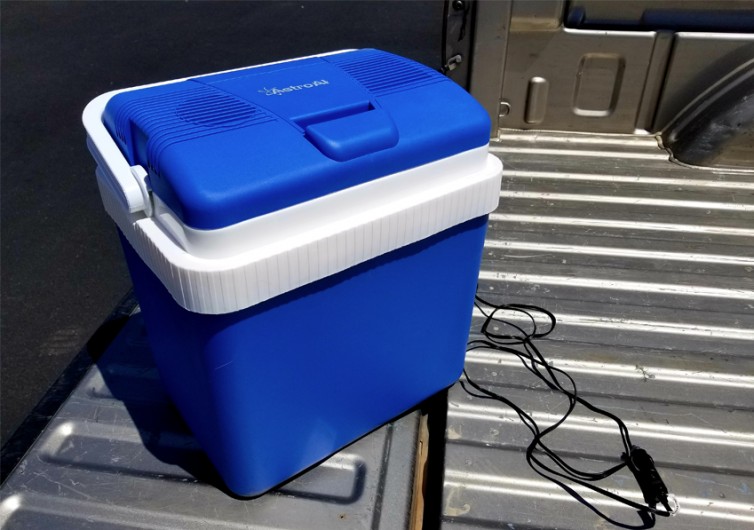 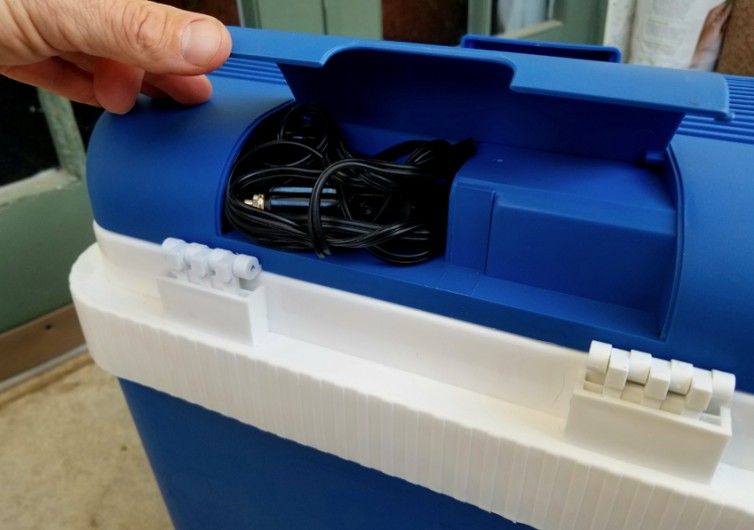 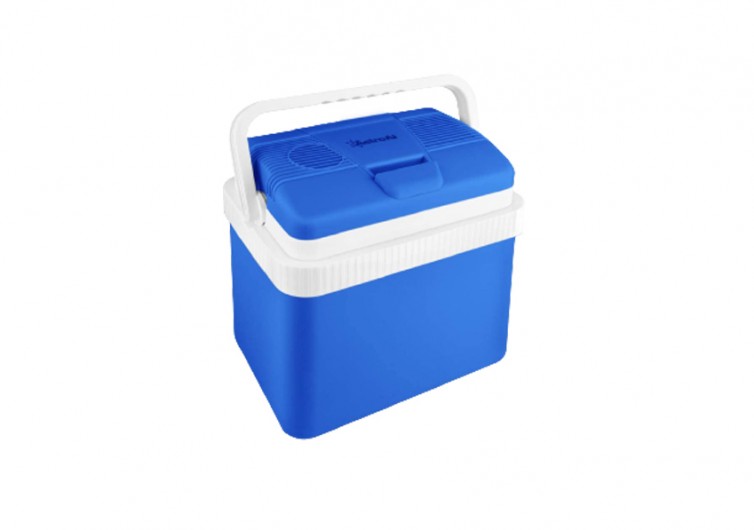 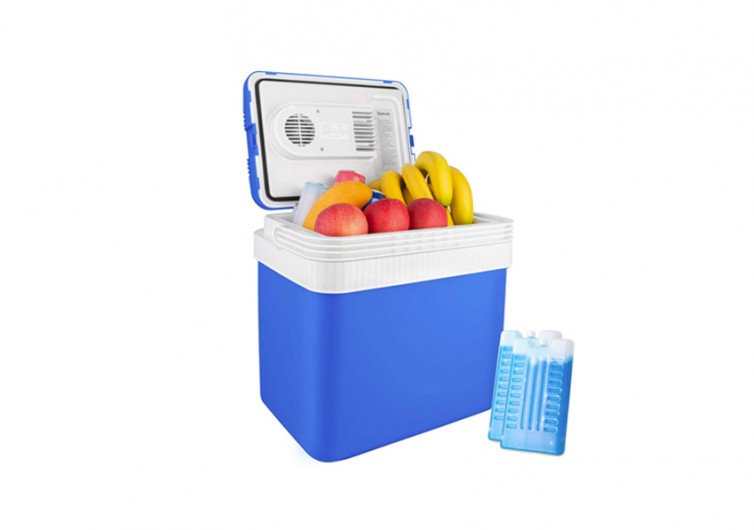 By Sam Anderson
Last Updated June 9, 2021
Sam Anderson
Sam Anderson has followed a passion for well-told stories and nature's beauty from university classrooms to mountain adventures. After earning a bachelor's degree in literature, he leaned into a life fueled by road tripping, rock climbing, coffee and beer, and renegade camping. He has worked as a chainsaw operator, house carpenter, and window cleaner, at one point running his own window cleaning business. He has finally settled with his girlfriend and small zoo in the western American desert, trading his tool belt for a keyboard.
Learn about The Gearhungry's Editorial Process
GearHungry may earn a small commission from affiliate links in this article. Learn more

Too Good To Be True?: The Low-Priced AstroAI Electric Cooler

“You get what you pay for.” It’s an axiom of capitalism that rings true more often than not. AstroAI  24-liter electric cooler competes aggressively with other electric coolers on price points, but does it break the bond between quality and price? After a 3-week review based on intermittent testing, I’m still skeptical.

The AstroAI electric cooler worked for short-term cooling, such as keeping frozen items from melting during hot car rides home from the grocery store. But I wouldn’t rely on it for extended use, and some users have reported unrecoverable quality control issues. Read on for the full analysis.

AstroAI makes a 24-liter electric cooler with a removable hinged lid. The 8-foot cord tucks into a compartment inside the lid. A simple on/off switch is mounted on the cord near the base. It’s a 12V unit, which plugs into a car cigarette lighter. AstroAI sells the cooler with no 110V option but offers converters separately for $16.

The cooler seemed surprisingly compact for its moderate volume, and it was easy to carry. Exterior dimensions are 18” tall, 16” wide, and 12” deep. Instead of a seal or latch, the cooler’s handle keeps the lid closed by seating over the hinges. Cooling ability is 32 degrees below ambient temperature.

To achieve that result, AstroAI prescribes fairly specific instructions. The cooler arrives with two ice packs. For the best results, you’re supposed to freeze the ice packs and use them to help the AstroAI stay cold. You then make sure the vents on the lid stay clear and close the handle over the hinges to lock it.

In one instance, the marketing materials show water ice in the bottom of the cooler. I didn’t perform this test because I considered it pointless; if I have to use ice in an electric cooler, what’s the point of refrigeration? I might as well use a standard cooler and save myself the possible trouble of the electronics.

Results for my review of the AstroAI were mixed. While I was happy with its short-term efficiency, I was worried about its long-term functionality. After testing, I’m confident that it won’t keep beer cold unless you add ice. In addition, some of the ergonomics didn’t make sense. And, perhaps most troublingly, the 12V plug got really hot in the socket really quickly.

My favorite way to use the AstroAI electric cooler was to keep groceries fresh during transit. In conjunction with the included ice packs, the fan cools the interior pretty quickly. The method I settled on was plugging it in and letting it cool for an hour before using it. The two included dividers were handy for staying organized and keeping fresh away from frozen. In this capacity, for usage under 3 hours, it excelled during the review period.

But I didn’t trust the cooler long term. Though most online reviewers are happy with their AstroAI purchases, a concerning number report quality issues or burnout. From consolidating a few reports and observing what I could safely test during my review, I concluded that plug is the most likely weak point.

A few reviewers report blown fuses, but many more say the cooler “stopped working” or “won’t turn on” after anywhere from a week to a month of use. I’m betting the fuse is the issue the majority of the time, but not every user is savvy enough to diagnose it.

The plug did get alarmingly hot every time I tested it. After a few hours of use, it was uncomfortable for me to touch. For those without heavily impaired skin sensitivity on their hands from years of rock climbing, the hot plug might feel borderline untouchable.

Aside from this eyebrow-raiser, the electric cooler didn’t offend me. Yes, the little door on the lid that stores the cord was cheap. Yes, it was weird that there was no way for the hinge to lock together — it just lifted apart freely no matter what. But apart from that, I had no cogent complaints.

The AstroAI 24-liter electric cooler costs a fraction of some of the other field entries at $80 MSRP. However, it’s also much less capable or reliable than burlier e-coolers that share more characteristics with refrigerators.

Bottom line: it looks like, yet again, you get what you pay for.

Best Coolers For Camping in 2022

Best Ice Packs For Coolers In 2022

by GearHungry Staff
Last updated: December 17, 2019
Sign Up Now
GET THE VERY BEST OF GEARHUNGRY STRAIGHT TO YOUR INBOX